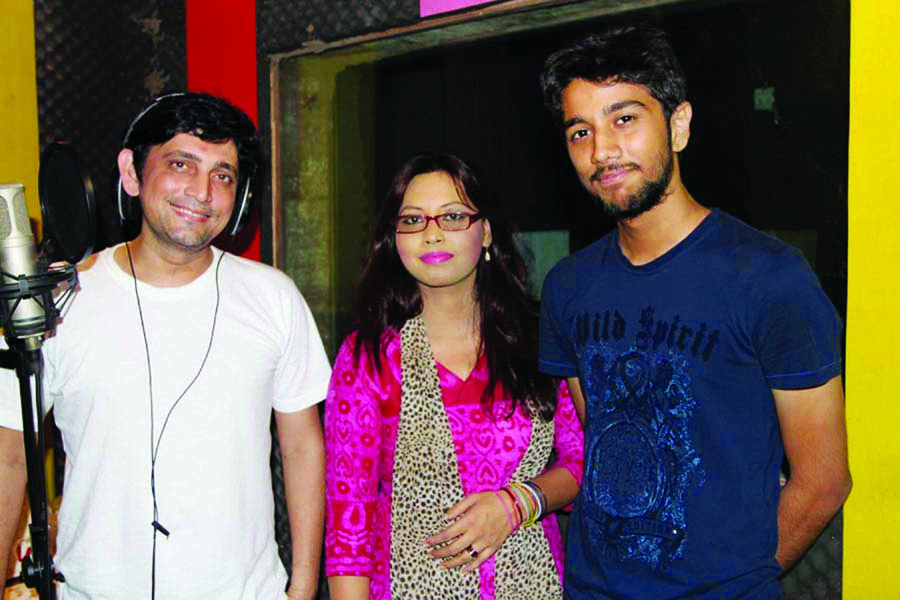 Protik Hasan is the son of popular singer late Khalid Hasan Milu. Miluâs another son Pritom Hasan is going to step into the music arena this time.
Under the music composition of Pritom main vocalist of band group Durbin, Shahid and promising singer Nusrat Sultana Sonia lent their vocals for a duet track titled Tomai Chhui, which lyrics was written by play director Ziauddin Alam.
Both Shahid and Sonia gave their vocals at Durbinâs studio in the city recently.
While talking about the track Shahid told this correspondent, âLyrics of the track has attracted me. Therefore, I had worked with Pritom for first time. I couldnât know that Pritom renders song well. Khalid Hasan Milu bhai was very close to me. I think listeners will enjoy the track.â
Besides this track, another five tracks of the album titled Kichhu Bhalobasha were also composed by Pritom Hasan. This album is set to be released in Eid-ul-Fitr.
It may be mentioned that Soniaâs debut solo album titled Dhrubotara was released under the banner of Laser Vision in first of June.Â Â Â