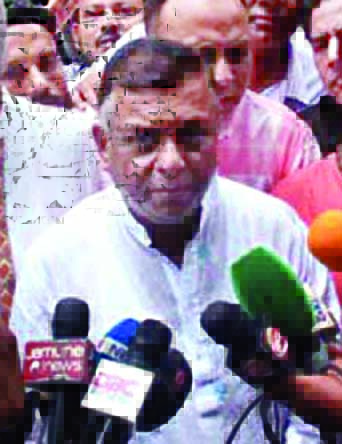 BNP candidate Ariful Haque Chowdhury has won Sylhet mayoral elections, beating Awami League candidate Badar Uddin Ahmed Kamran by 6,196 votes, according to official results from the Election Commission.
Of 134 polling stations, Ariful bagged 92,588 votes and his nearest rival, Kamran, won 86,392 votes, said Returning Officer Md Alimuzzaman citing official results on Saturday.
Two polling centres in Sylhet had been suspended on allegations of irregularities during the election on Jul 30.
The two centres went to the polls again on Saturday, with voting continuing from 8am to 4pm.
After the election came to a close, the returning officer announced the results, ending suspense over the polls.
Ariful won 1,053 votes and Kamran 354 votes in one of the centres where voting was suspended due to irregularities.
In another centre, the BNP candidate won 1,044 votes against 173 bagged by his rival.