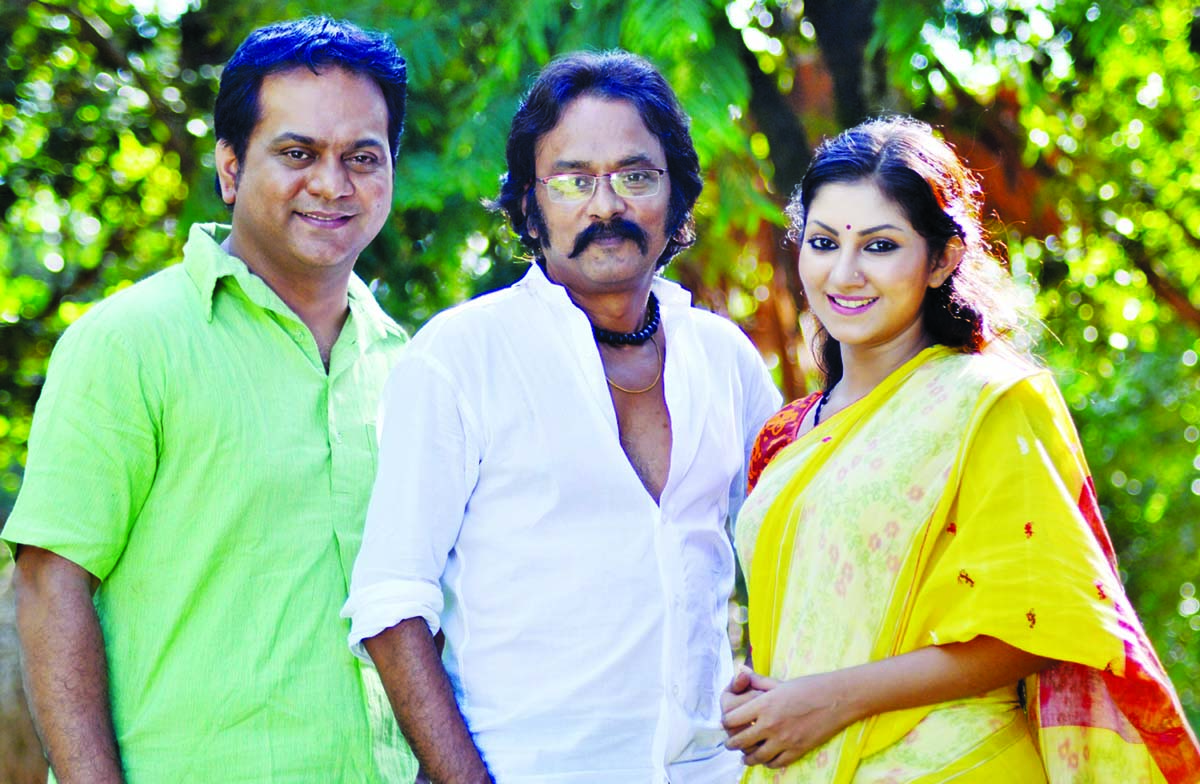 For the first time popular TV actor and play director Mir Sabbir and actress Sharmin Zoha Shoshee are acting together in a telefilm titled Payel as pair under the direction of Salauddin Lavlu.
Kazi Shahedul Islam has written script of the telefilm, which is being made to air on ATN Bangla on the occasion of coming Eid-ul-Fitr.
Shooting of the telefilm began at Pubail in Gazipur from Saturday.
While talking about to cast Mir Sabbir and Shoshee in his telefilm Salauddin Lavlu told this correspondent, âI have taken them in the telefilm for the demand of the story of the telefilm. Both Sabbir and Shoshee are serious about their works. They have dedication and sincerity to their works. I have liked the matter.â
Mir Sabbir said, âLavlu bhai is such director by whom I always wait to act in his directed TV play or telefilm. When he wants schedule, I always try to give him in time. Because I believe that to work in Lavlu bhaiâs work, I can easily reach to the viewersâ minds.â
Shoshee shared her feelings by this way, âIf anybody has intention to learn acting he/she should work under the direction of Lavlu bhai in his directed two or three plays. Because he gives the actors so freedom that he/she can easily becomes sincere to his/her work.â
It may be mentioned that Mir Sabbir and Shoshee first performed together as pair in Masum Reza scripted and Syed Awlad directed a play titled Kul-e Prem Ami Beno Jol-e. Later they have performed together in several plays like Shaheb Chander Eid Bhojon, directed by Ashrafi Mithu.
Under the direction of Salauddin Lavlu Mir Sabbir first acted in drama serial Panbahar, which script was written by Abu Sufian.
Later Sabbir also acted in plays Tin Gyada, Chheleti Nirob-e Choley Gelo, Rashaiyonik Prem, Manush, Shokh, Jamai Pagol, Jamai Ador, among others.
Shoshee first acted in Salauddin Lavluâs first TV serial Ghorkutum. Later she has also acted in several plays under his direction.Â Â Â Â Â