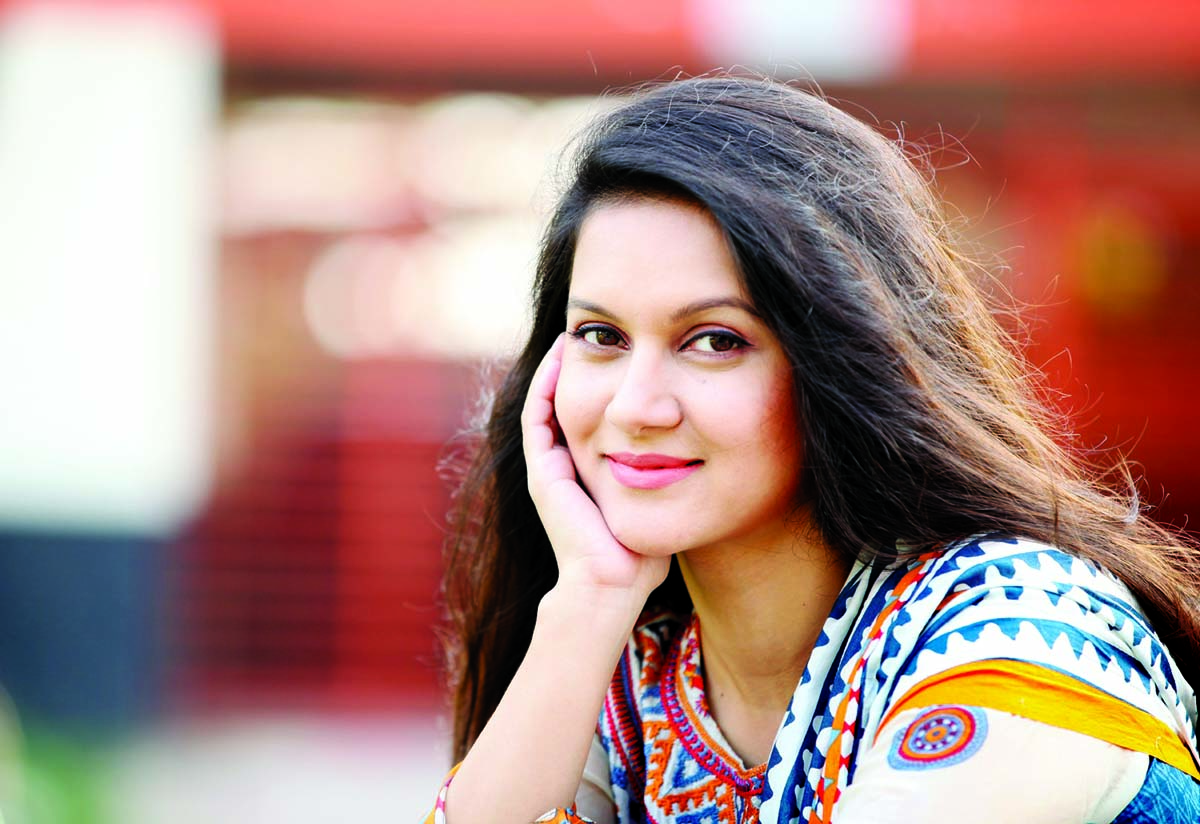 Mithila has returned to acting few days ago. After returning from besides working in job she has acted in several plays. She has already acted in five plays on the occasion of coming Eid-ul-Fitr.
Mithila returned to acting by Redoan Roniâs play Ayna Mohol-e Ayna. Popular singer Partho Barua has acted against her in the play. This play will go on air on RTV during Eid festival.
Later Mithila acted in Kawshik Shankar Das directed a play titled Subhoprapti, which script was jointly written by Daud Hossain Roni and Sharmin Joya. Niloy acted against Mithila in this play, which is scheduled to be aired on Banglavision at 8:30pm on Eid day.
Therefore, Mithila first acted under Mahfuz Ahmedâs direction in a play titled Surjashter Agey, Humayun Sadhuâs play Musibat Reloaded and Sunny Chowdhuryâs Uttor-er Barandai Dokhina Hawa. Mahfuz Ahmed, Iresh Zaker and Apurbo respectively performed against Mithila in these three plays.
While talking about her five plays on the occasion of Eid Mithila told this correspondent, âI always work in few number of plays. Due to Eid I have to act in five plays. Earlier I had worked under Redoan Roniâs direction. He works in organised way. On the other hand, I have good experiences to work under Mahfuz bhai or Kawshik Shankarda. All the characters of mine are different to each other in these five plays. I think viewers will enjoy these plays in Eid.â
Mithila was absent from acting for two years. But she was continuing her job in Brac. She has been working as Sr Manager at Brac International Programme now. She has no intention to take acting as her profession as she is enjoying the job. For this reason, when she can get good story and manage time, she will act in play, Mithila said.
Under the direction of Amitabh Reza Mithila first became model of a television commercial (TVC) of Close Up. Later she performed in many TVCs.
On the other hand, Mithila first acted in Iftekhar Ahmed Fahmiâs play Shunchhen Ekjon Radio Jockeyâr Golpo in 2007.
Later she acted in many plays. She has been getting offer to act in movie.