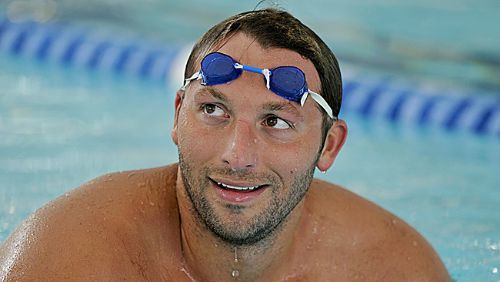 Swimming giant Ian Thorpe received glowing praise and widespread support Monday for revealing he was gay in a television interview.
In a move which advocates believe will help remove the stigma of homophobia in sport, the five-time Olympic champion made the admission in an interview with British presenter Michael Parkinson aired by Australia's Channel Ten on Sunday.
Thorpe's bravery in openly discussing his sexuality was a major talking point with fellow sportspeople, celebrities and commentators speaking up for the global icon.
Olympic gold medallist and gay Australian diver Matthew Mitcham said Thorpe's revelations were an important development to break down the stereotypes about gay athletes.
"I think it's wonderful that he feels like he's in a place now where he can talk about it," Mitcham told the Sydney Morning Herald.
"He may not have been in a place where it was safe for him to do this before."
Mitcham said sponsorship commitments would have weighed heavily on any athlete deciding whether to go public with their sexuality as the stereotypes and the stigma are well known.
"That's why we need high-profile gay athletes, to prove the stereotype wrong. Thorpe is about as high-profile as it gets."