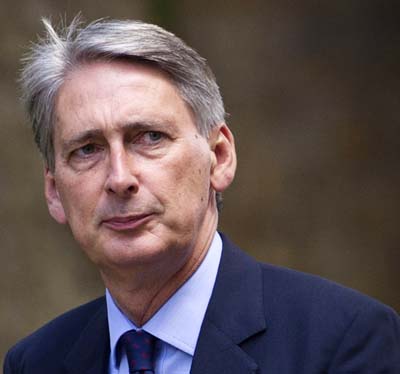 Education Secretary Michael Gove is to become the new chief whip in the most wide-ranging cabinet reshuffle of David Cameron's premiership.
He has been replaced by Treasury minister Nicky Morgan, as Cameron promotes more women into top jobs. Ken Clarke is among the old guard to have stood down and Foreign Secretary William Hague has moved to a lower profile role as Commons leader.
Defence Secretary Philip Hammond has taken over at the foreign office.
Announcing Michael Gove's surprise move to Chief Whip, a behind-the-scenes role in charge of party discipline, Cameron said on his Twitter feed that the former education secretary would also have "an enhanced role in campaigning and doing broadcast media interviews".
Gove has been one of the most radical and at times controversial figures in David Cameron's government, driving through far reaching changes to the education system such as free schools and the extension of the academy programme.
His calls for a return to more traditional teaching methods and war on the educational establishment have brought him into conflict with the unions and his replacement by the relatively unknown Nicky Morgan could be seen as an attempt to calm things down, said the BBC's Norman Smith.
The BBC News channel's chief political correspondent said Gove was a very close ally of Cameron and would play a key role in holding the Conservative Party together in the run up to May's general election. He said the aim of the reshuffle was to bring in fresh faces and make voters think again about the Conservatives' "male, pale and stale" image.
A string of retirements were announced overnight, with their replacements being unveiled during the course of the morning. Others still waiting to hear their fate include whips Claire Perry and Amber Rudd and Priti Patel.
Among other changes, it has been reported that former defence secretary Liam Fox could return to the government although this has yet to be confirmed.
BBC political editor Nick Robinson said Environment Secretary Owen Paterson has effectively being fired while former Commons leader Andrew Lansley has also left the government.
But the biggest name in the changes has been Hague, who announced late on Monday that he had decided to step down as an MP at next year's general election after 26 years - including four turbulent years as Tory leader.
Until then he will be, as Cameron put it, his "de facto political deputy" and leader of the House of Commons. Hague said he was "delighted" with his new role as he had always enjoyed speaking in the Commons and explained his retirement at the next election by saying he wanted to return to his successful writing career and to spend more time with his wife.
Some see the appointment of Hammond - who has said he could vote to leave the EU if the UK did not get the changes it wanted in a future re-negotiation - and the departure of Dominic Grieve as Attorney General as a shift towards a more Eurosceptic stance.
Liz Truss Ms Truss has been an education minister since 2012
But Ken Clarke - the cabinet's most prominent Europhile - heading for ministerial retirement after a career in frontline politics that stretches back to the early 1970s dismissed such claims, telling BBC Radio 4's Today programme: "If the whole thing is all about Europe then we really have gone mad."
He also praised Cameron's decision to promote more women into frontline roles, saying it was long overdue.
Labour has described the reshuffle as the "massacre of the moderates", claiming it marks a lurch to the right on Europe and a range of other issues.
Â