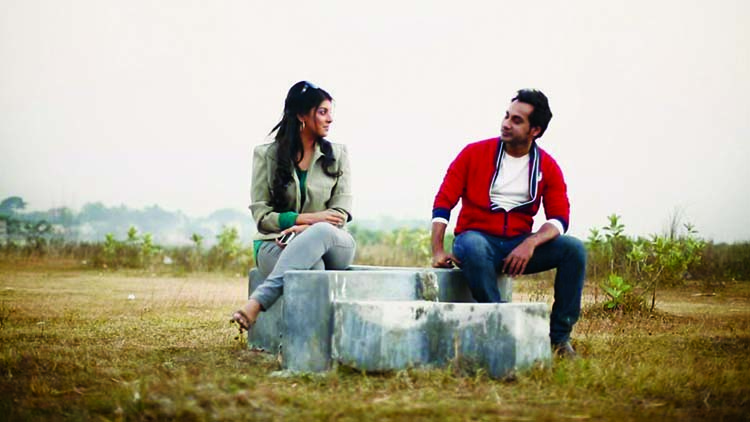 Mou is a superstar. Sajal is a simple person. Sajal is a fan of Mou. He becomes stunt while watching Mouâs face on posters, banners and TV plays.
All on a sudden, Sajal gets a job as manager of Mou. Later he feels a different kind of feeling to Mou. Sometimes Mou loses to Sajalâs feelings in several incidents.
Once Mou invents that Sajal is an ambiguous person. Mou becomes in a fix about Sajal to take decision. Then story gets momentum. It is the story of a telefilm titled Ghunpoka.
Sadia Islam Mou and Sajal acted in two lead roles in the telefilm Ghunpoka.
It will be aired on Maasranga TV at 11:20pm on sixth day of Eid-ul-Fitr.