No traffic offenders will be spared, DMP chief 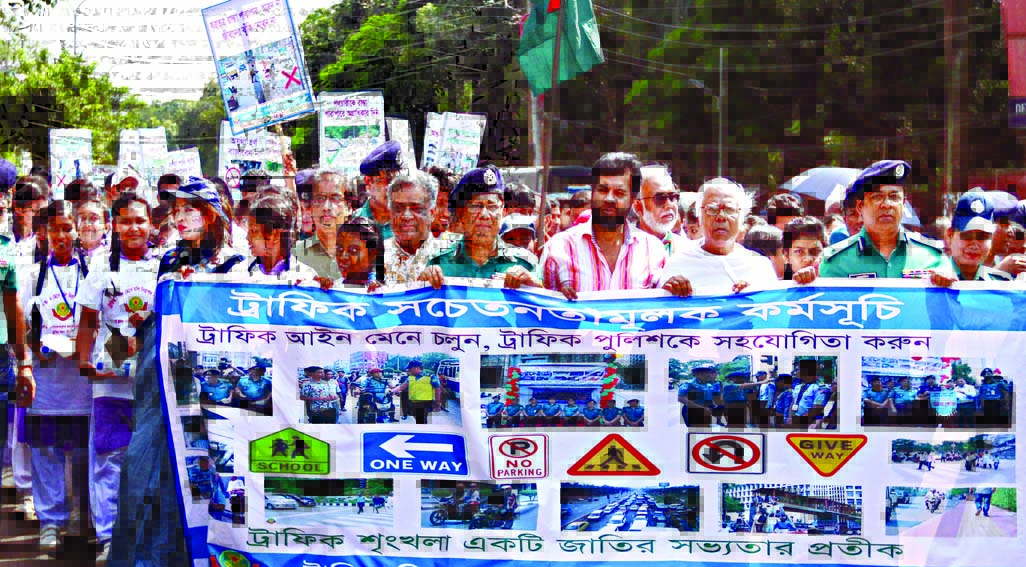 Traffic department of the Dhaka Metropolitan Police brought out a rally on Saturday to create awareness among the people about the traffic discipline. This photo was taken from Shahbag area.

Dhaka Metropolitan Police chief Md Asaduzzaman Mia has said nobody will be spared, if traffic rules are violated.
Mia pledged to bring discipline to the Dhaka traffic system amid law-enforcement agencies' strict vigilance on traffic prompted by a recent student campaign for safer roads.
"I have declared zero tolerance to those policemen who would break the traffic rules," said Mia while inaugurating a month-long traffic awareness campaign in Dhaka on Saturday. Actions have already been taken against many policemen who violated the traffic rules, according to the DPM chief.
Mia urged all the members of the police to keep all necessary documents, including driving licences, while driving vehicles.
He blamed traffic indiscipline on a lack of awareness among people from all classes. Police face different types of obstacles in maintaining law and order, said Mia. "Nobody wants to abide by the traffic rules. We endure a lot of pressure while enforcing the rules."