Two siblings together in movie for first time 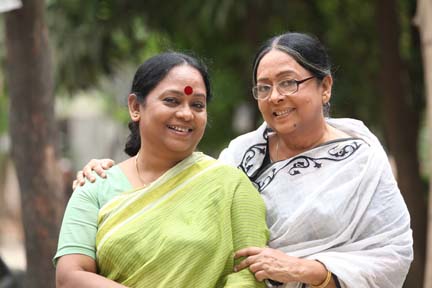 Earlier they had experience to work together in many plays but for the first time two siblings - two noted actresses - Sharmily Ahmed and Wahida Mollick Jolly are acting together in a movie titled Swargo Thekey Norok.
The movie, based on creating awareness among the people against drug addiction, is being directed by Dr Arup Ratan Chowdhury.
For the first time, these two siblings acted together in a movie. Though younger sister Wahida Mollick Jolly has started to take part in shooting, while Sharmily Ahmed will start her shooting from July 18.
Sharmily Ahmed will act in role of mother of hero Ferdous, while Wahida Mollick Jolly is acting in role of heroine Nipunâs mother in the movie.Â  Â
While sharing her feelings acting in a movie with her sister Sharmily Ahmed told this correspondent, âIt is really a pleasure that we, two sisters, are acting together in a movie. I think it will be a nice movie.â
Wahida mollick Jolly shared her feelings by this way, âI have already started my work in the movie. For the social responsibility I have agreed to act in the movie. My elder sister will also act in the movie. It is really a pleasure for me to work with her in a common movie.â
It may be mentioned that Sharmily Ahmed and Wahida Mollick Jolly last performed together in Shokal Ahmedâs directed a drama serial titled Kheya, which is not broadcasted till now.
Therefore, on the occasion of coming Eid-ul-Fitr, this sibling has acted in several plays and telefilms.
Sharmily Ahmed will act in Rezwan Hero directed a seven-episode serial titled Akbar - The Great today.
She has already finished shooting of Amzad Hossainâs serial Jobbor Ali. Under the direction of Parvin Sultana Diti and Idris Haider she has also acted in two more plays.
On the other hand, Wahida Mollick Jolly has acted in Salauddin Lavluâs Eid serial Ronger Manushera Kemon Achhey and telefilm Juabaji.
Meanwhile, Jolly has also acted under the direction of Naznin Hasan Chumki in an Eid telefilm titled Prem Naki Bhalobasha.Â 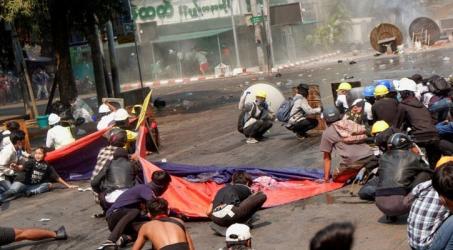