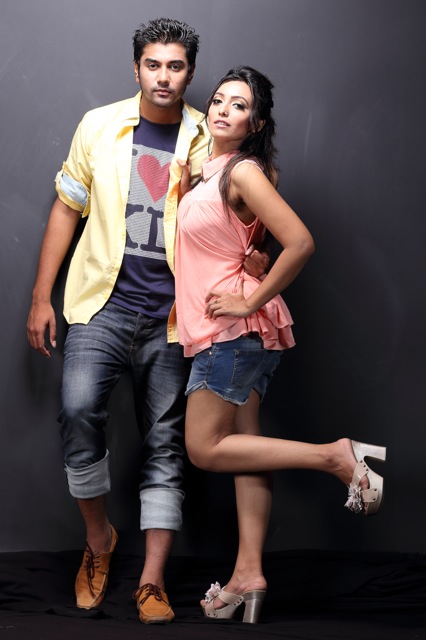 As a model and TV actor, Tanvir has already established his name in media.
He has been working as pair against
popular film actress Moushumi to
Shokh-Sarika-Mehzabein in TV plays and television commercials. His acted
mentionable mega serial is Gulshan Avenue. Besides acting in TV plays,
Tanvir is going to act in movie for
the first time. Sanjida Tonmoy is
acting against Tanvir in the movie.
Tonmoy came into limelight by a talent hunt contest Veet-Channel i Top Model. Her appearance on the screen in TV plays and ramp shows are mentionable. She has already written her name in the film industry. Her acted movie is Bapjaan-er Bioscope, directed by Riazul Riju and scripted by Masum Reza. Now itâs
shooting is being held at Char Bhagina.
Tonmoy is acting against Tanvir in another movie titled Target. This movie
is being directed by Saif Chandan under the story and script written by Ayon Chowdhury. It is being made under the production of Versatile Media.
While talking about the movie Tanvir told this correspondent, âFor the first time I am going to act in a movie. I have taken necessary preparations in this regard. I hope I will become successful.â
Tonmoy shared her feelings by this way, âFor the first time I am acting in a
commercial movie. I want to act
successfully in the movie. I am hopeful in this regard.â In Target, there are two more pairs. These are: Amrita-Nirob and Milon-Airin. Therefore, many others will also act in different roles in the movie,
said its director Saif Chandan.Â Â Â Â Â