In his book, Justice Sinha says he was exiled by govt 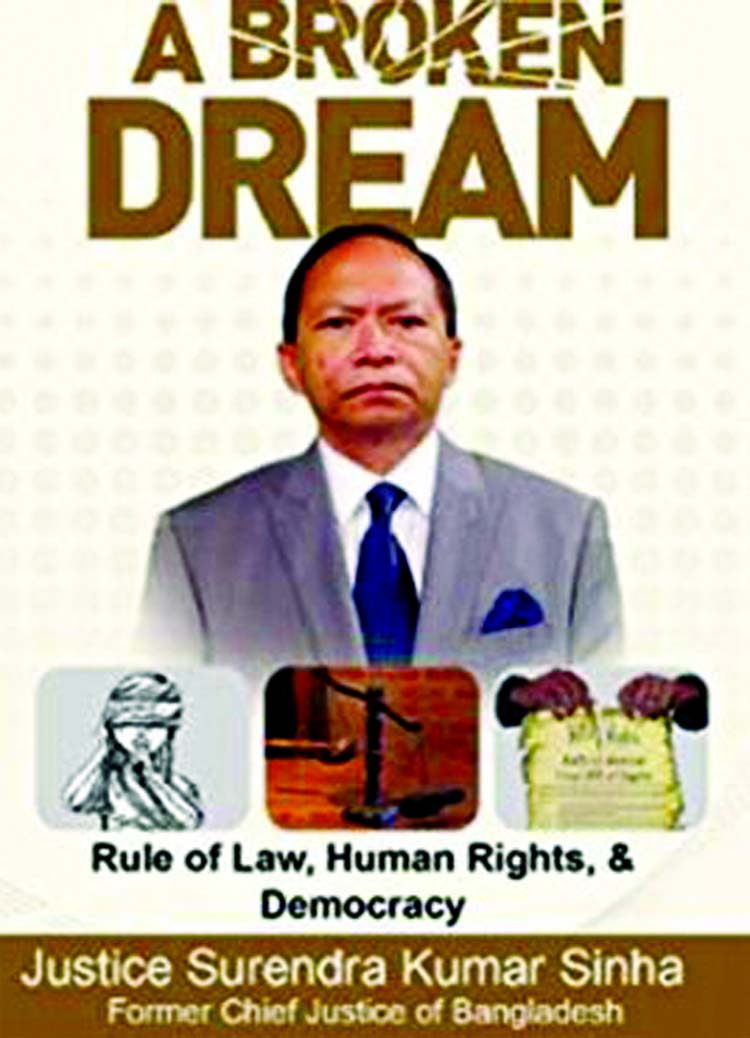 In his book, Justice Sinha says he was exiled by govt

Former Chief Justice Surendra Kumar Sinha said that he resigned in the face of intimidation and threats.
Justice Sinha made the claim in his book titled "A Broken Dream: Rule of Law, Human Rights and Democracy" which is available on Amazon.
"I had the opportunity and honour to observe this transformation and the hindrances as a participant of the Bangladeshi judiciary since 1974 -- rising from a practitioner at a lower court in the north-eastern district of Sylhet to the highest judicial position of the country, the Chief Justice of the Supreme Court. But, in 2017, after delivering a historic verdict in favour of the independence of judiciary, I was forced to resign and exiled by the current government," Sinha wrote. "It was unprecedented in the history of the judiciary."
Sinha narrated a series of "unfortunate and unprecedented events", which led to the tension between the executive and the judiciary and "subsequent improper action against me".
The tension began on Sept 17, 2014 when the Bangladesh parliament amended the constitution to provide power of impeaching judges to the members of parliament.
"The 16th Amendment of the Constitution deleted the provision of removing Judges from office through a highly powerful committee of peers called the Supreme Judicial Council (SJC). The SJC, as stipulated in the constitution, also allowed the accused to have self-defence. Most importantly, the process was meant to protect the judiciary from being subjected to political vagaries and serving political leaders than the citizens." On May 5, 2016, a special High Court bench declared the amendment illegal and unconstitutional.
"Soon after the verdict, the MPs blasted judges for nullifying their legislation and began displaying sheer disrespect to the judiciary. However, the state party opted for an appeal which was heard by a seven-member full appellate bench. It was incumbent on me to head the Bench." On July 3, 2017, the bench unanimously rejected the appeal upholding the High Court verdict. Following the appellate decision, on Sept 13, 2017, the parliament passed a resolution calling for legal steps to nullify the Supreme Court verdict. The prime minister and other members of her party and ministers "blasted me for going against the parliament". "Cabinet members including the Law Minister began smearing me alleging misconduct and corruption. While I remained confined at my official residence and lawyers and judges were prevented to visit me, media were told that I am unwell and have sought medical leave."
"Various ministers said I will go abroad on medical leave. On October 14, 2017, as I was compelled to leave the country, I tried to clear the air in a public statement that I am neither unwell nor am I leaving the country for good. I was hoping that my physical absence combined with Court's regular vacation will allow the situation to calm down and good sense will prevail; that the government will understand that the essence of the Verdict - upholding the independence of judiciary - is beneficial to the nation and the state." Justice Sinha said he resigned from abroad in the "face of intimidation and threats to my family and friends".