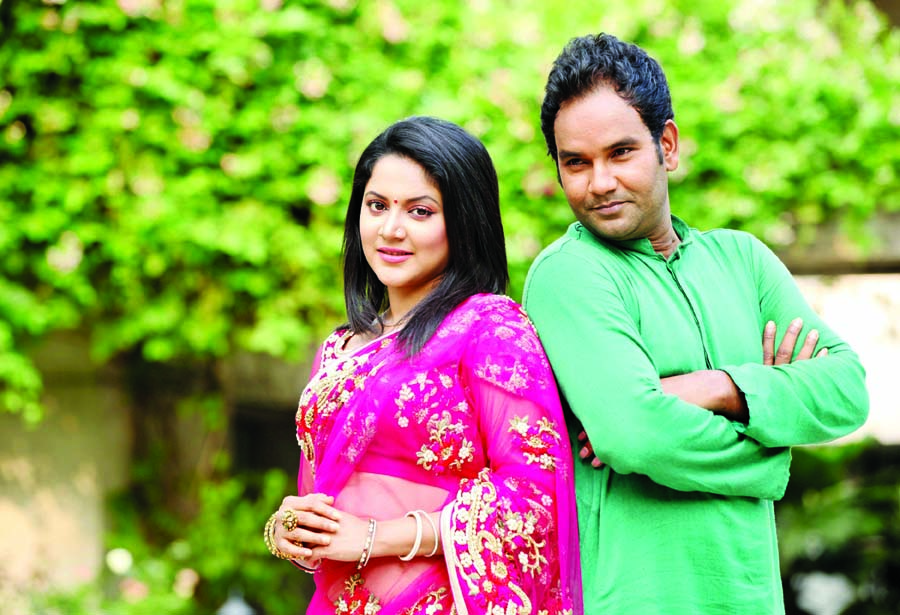 Today is the birthday of popular actor
Maznun Mizan and Lux superstar and actress Urmila Srabonti Kar. But both of them didnât know that their birthdays are
in same day (July 18).
On the occasion of their birthdays, Urmila and Mizan have no shooting schedule today.
While asking Mizan about his birthday
celebration Maznun Mizan told this
correspondent, âAt first, today in the
morning, I will go to RTV studio to take part in a celebrity live talk show Tarokakothon. Later I will give time to my two children and wife at my residence. In the afternoon, I along with my 40 friends, who were studied together in a school in Manikganj, will attend an Iftar on Dhaka University campus. In my childhood, one my friends named Narayan who always wanted that I would become an actor will also attend to the get together Iftar today. For this reason, I am feeling well now.â
On the other hand, to celebrate her birthday Urmila yesterday went to Chittagong by air.
âI have no plan to take shooting schedule today. I want to pass the day by own way.
I will give time to my parents. Everybody pray for me.â
On the occasion of coming Eid-ul-Fitr
Maznun Mizan and Urmila worked together in two plays. In a six-episode Eid serial
Niamat O Taar Bibigon they had acted together. Directed by Aniruddho Russell
the play is expected to be aired on SA TV during Eid festival.
Another play is Redoan Roni directed Behind The Trap, which will be aired
on NTV during Eid.
However, on the occasion of Eid, Mizan
acted another six-episode serial titled
Gobhir Jol-er Bhut will be aired on Ekushey TV. From tomorrow he will take part in shooting of drama serial Maago Tomar Jonnyo under the direction of Mahfuz Ahmed. On the other hand, on the occasion of Eid-ul-Fitr Urmila acted plays are:
Aporahno and Black Coffee, directed by Shakhawat Hossain Manik, six-episode
serial Mission Possible, directed Ezaz Munna, Shomporker Golpo, directed by Mabrur Rashid Banna and Chirkut,
directed by Tanim Parvez. Therefore,
shooting of Urmila acted other plays those are being directed by Pallab Biswas, BU Shuvo are waiting to finish now, she said. n