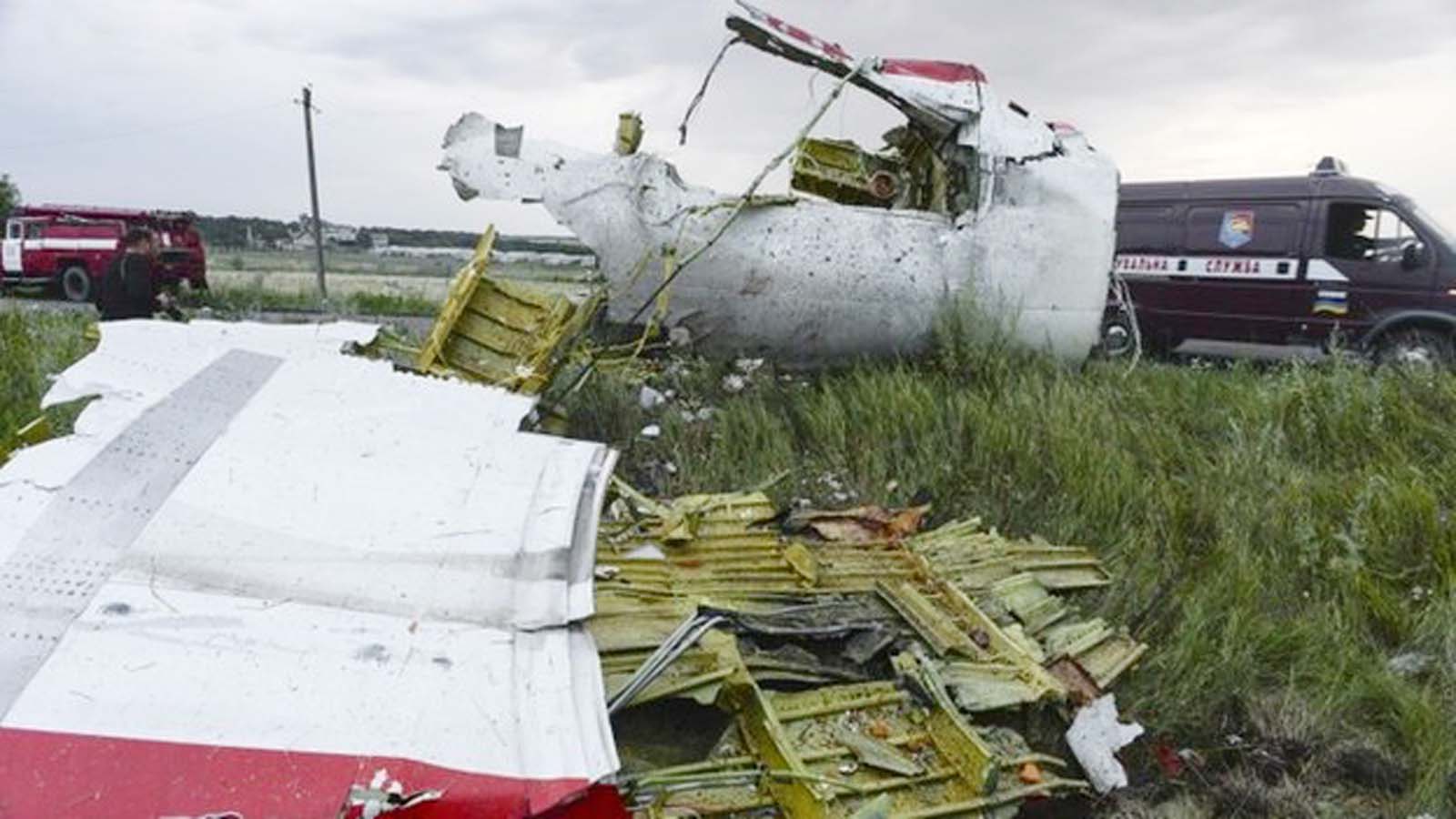 The plane came down near the village of Grabovo in Ukraine on Thursday.

Pro-Russian separatists in eastern Ukraine are to give international investigators access to the crash site of a Malaysia Airlines jet.
The rebels vowed to secure the site and allow the recovery of bodies, the Organization for the Security and Co-operation in Europe said.
The plane, carrying 298 people, crashed in rebel-held territory on Thursday.
The two sides in Ukraine's civil conflict have accused each other of shooting the jet down with a missile.
The Boeing 777 was flying from Amsterdam to Kuala Lumpur. It fell between Krasni Luch in Luhansk region and Shakhtarsk in the neighbouring region of Donetsk. Latest figures released by Malaysia Airlines show the plane was carrying at least 173 Dutch nationals, 27 Australians, 44 Malaysians (including 15 crew), 12 Indonesians and nine Britons.
Other passengers came from Germany, Belgium, the Philippines and Canada. The dead include world-renowned Dutch researcher Joep Lange who was among a number of passengers en route to an international Aids conference in Australia.
It is the second disaster suffered by Malaysia Airlines this year. Flight MH370 disappeared en route from Malaysia to China in March and has still not been found.
'Catastrophe'
The separatists pledged to provide assistance after holding a video conference with senior representatives from the OSCE, Ukraine and Russia.
In a statement, the OSCE said the rebels had agreed to "close off the site of the catastrophe and allow local authorities to start preparations for the recovery of bodies".
Recordings purport to show pro-Russian separatists talking about the downing of a civilian plane
They would also guarantee "safe access" to international investigators and OSCE monitors and co-operate with Ukrainian authorities.
Ukraine has declared the area a no-fly zone, while other airlines have announced they are now setting flight paths to avoid eastern Ukraine.
Rescue workers said on Friday they had recovered one of the plane's black box flight recorders after searching through debris spread across several kilometres.
The Interfax-Ukraine news agency earlier reported that another black box was found by separatist fighters and handed over to Moscow. Observers say the move, if confirmed, is likely to cause international controversy.
US and Ukrainian officials said they believed the plane had been brought down by a missile - a Buk thought to have been used by the rebels in Ukraine before. The separatists were said to have seized the Buk after overrunning a Ukrainian military base.
However, Ukraine's Prosecutor General Vitaliy Yarema has cast doubt on this, telling local media on Friday: "The military told the president after the passenger plane had been shot down that the terrorists did not possess our Buk missile systems."
Ukraine has called the disaster an "act of terrorism", blaming it on Russia who it says has been aiding the rebels in the conflict and supplying them with advanced weapons. "The Russians are done for. This is an international crime which must be investigated by the international tribunal in The Hague," Ukrainian Prime Minister Arseniy Yatsenyuk said.
Ukrainian authorities have released what they say are intercepted phone conversations that proved the plane was shot down by pro-Russian separatists.
But Russian President Vladimir Putin has blamed the Ukraine government for restarting military operations in the area, where it is trying to regain control from pro-Russian rebels.