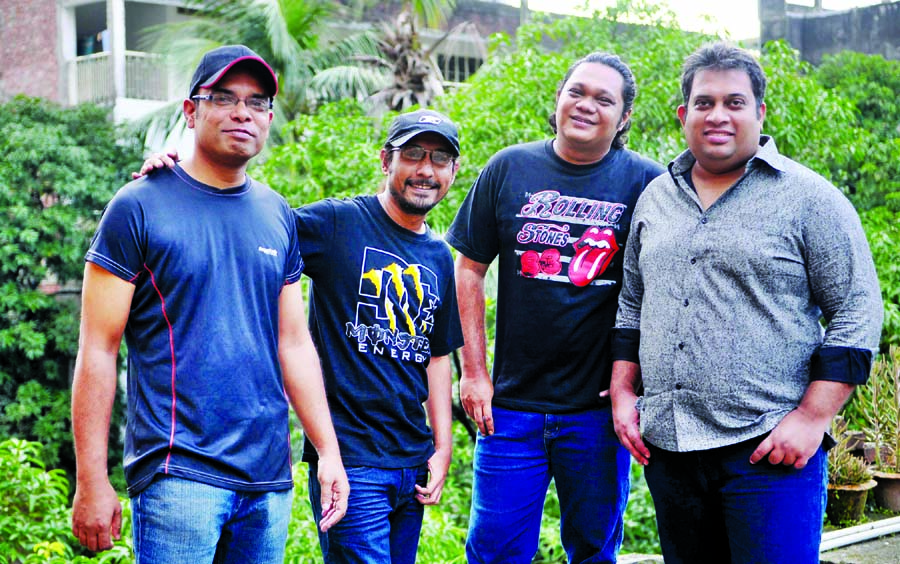 After a break of 12 years, popular band group Vikings has released its new album for the listeners. Popular band of the 90sâÂ  Vikings has returned to the music arena by playback tracks of a movie titled Run Out. The album has been released in the market from Friday.
Main initiator and founder director of Vikings Tonmoy Tansen has given direction of movie Run Out.
While talking about the returning of the band group in the music arena Tonmoy told this correspondent, âIn fact, with the encouragement of producer of Run Out Tanvir bhai we have returned to the music. We have rendered the songs according our own way. But the playback tracks will be used in the movie with the demand of the script. I think listeners will enjoy the tracks.â
On the occasion of its album launching ceremony countryâs leading audio-video production house Laser Vision has launched the album.
Members of Vikings rendered six songs and background music of the movie Run Out. Therefore, Kona and Rinti also gave their vocals with Tonmoy for the two tracks of the movie.