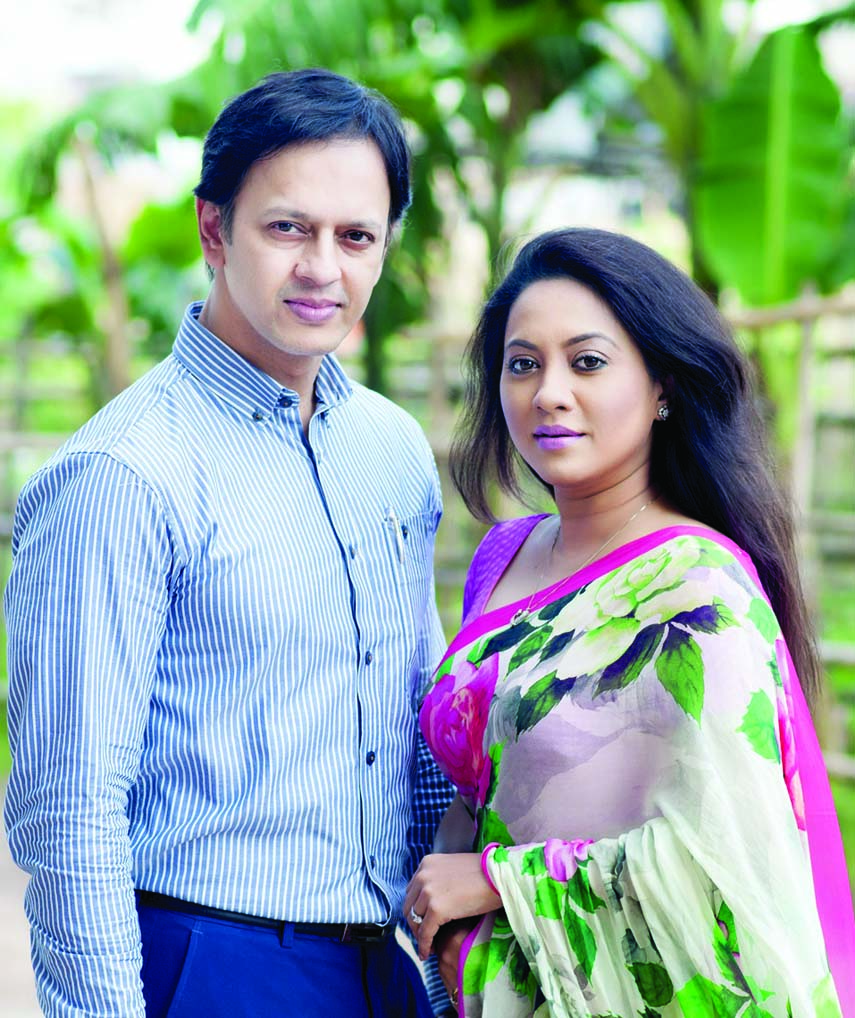 Popular actress Tarin and popular model cum TV actor Nobel have performed together as pair in a play titled Nisshongo Radhachura, directed by Fahmida Irfan under the script written by Masum Shahriar.
Once two bosom old friends - Joya and Naila - met on a lobby of a multinational company. They had passed very intimate times when they were studying in the university. They were recalled their memories. During that Adib comes down from the lift. He is a colleague of Naila. They come to this office for an official meeting. Then Naila introduces Adib with her friend Joya joyfully. They exchange their business cards. Then Naila left the place along with Adib. Story of the play continues with momentum.
Shooting of the play was wrapped up in the cityâs Uttara area on Friday. The play has been made under the banner of production house, Drik.
While sharing his feelings working with Tarin again Nobel told this correspondent, âDue to my professional reasons, I canât give time to acting in TV play. I have liked story of the play so that I have agreed to work. Therefore, as a co-actress, Tarin is very cooperative. It is a positive matter that I can learn something while working her in any play. Tarin knows how to receive better acting from her co-actor while taking part in the shooting.â
Tarin shared her feelings by this way, âNobel bhai is our family friend. Before his identity as an actor he is a good person. He knows how to show respect to his co-actors and also to cooperate the directors while working in the play. I always enjoy working with him.â
Owner of Drik, Syed Irfan Ullah informed that the play Nisshongo Radhachura has been made to air on Banglavision.
Produced by Drik Tarin acted mentionable plays are: Dhulo Megh-er Joshna Bhromon, Joshnadhara, Chowdhury Shaheb-er Free Offer, Ami Bhul-e Jai Tumi Aamar Nou, etc.
It may be mentioned that Tarin and Nobel last acted together in Chayanika Chowdhuryâs Nil Kuashai in 2013. Srabosti Dutta Tinni also acted with them in the play.
In Nisshongo Radhachura, Bonnya Mirza also acted with Tarin and Nobel. Recently Tarin became brand ambassador of OK Mobile Ltd.Â Â Â Â Â Â Â