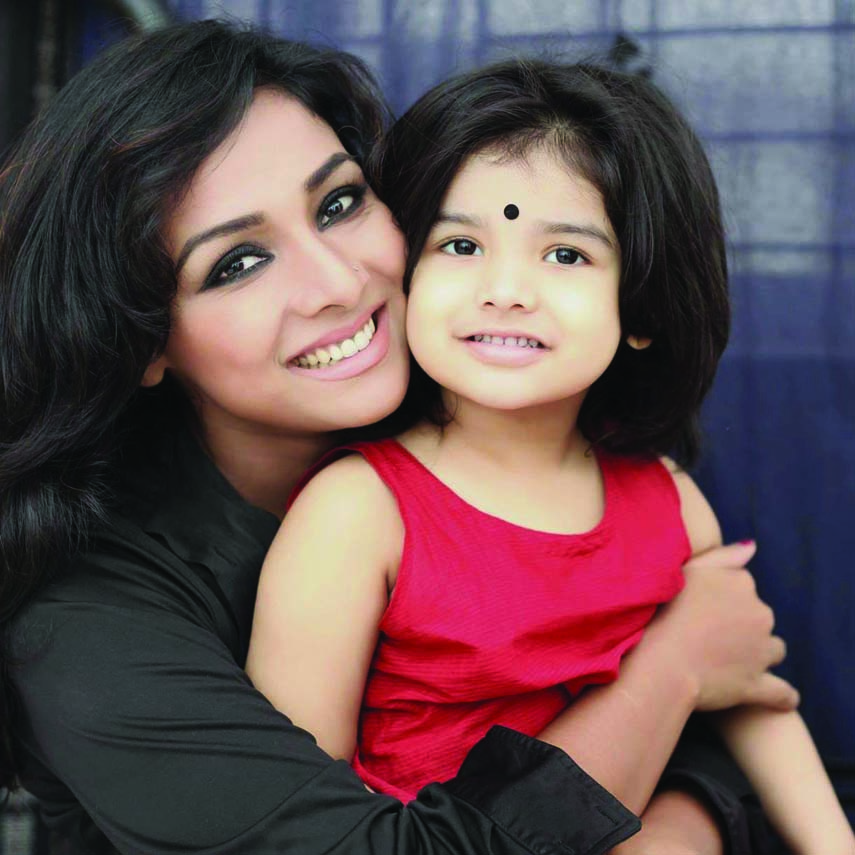 Rajeshwari Anahi Waheed is the only daughter of popular TV actress Runa Khan. She is now 4.5 years old. She became of model of a television commercial (TVC). She acted as a model in the TVC of US-Bangla Airlines under the direction of Mostafa Sarwar Farooki. Â
Rajeshwari acted in the TVC in June, while it is being aired in different satellite channels now.
While talking about the response from the TVC Runa Khan told this correspondent, âI have acted as model in many TVCs. But after airing the TVC. Rajeshwari has received huge response from all. I am really grateful to Farooki bhai because he gave the opportunity to cast my daughter in his directed TVC. In the meantime, everybody pray for Rajeshwari as I can build up her as a good human being.â
It may be mentioned that Rajeshwariâs birthday is February 2.
Runa Khan tied the knot with Eshan Waheed in 2009.
On the occasion of coming Eid-ul-Fitr, besides working in a faction play of Wahid Anam, Runa has acted against Zahid Hasan in a play under the direction of Hanif Sanket. Â
Therefore, Runaâs acted Eid plays are:Â  Kobi Kushum O Cactus-er Golpo, directed by Bornonath, Hariye Khunji, directed by Rahul Shanto, Poth-er Prantey, directed by Chayanika Chowdhury. Meanwhile, Runaâs acted drama serials Amader Chhoto Nodi Choley Bankey Bankey and Maago Tomar Jonnyo, directed by Mahfuz Ahmed, and Ghomta, directed by Kaisar Ahmed, are being aired on Channel i, ATN Bangla and Banglavision respectively now.Â Â