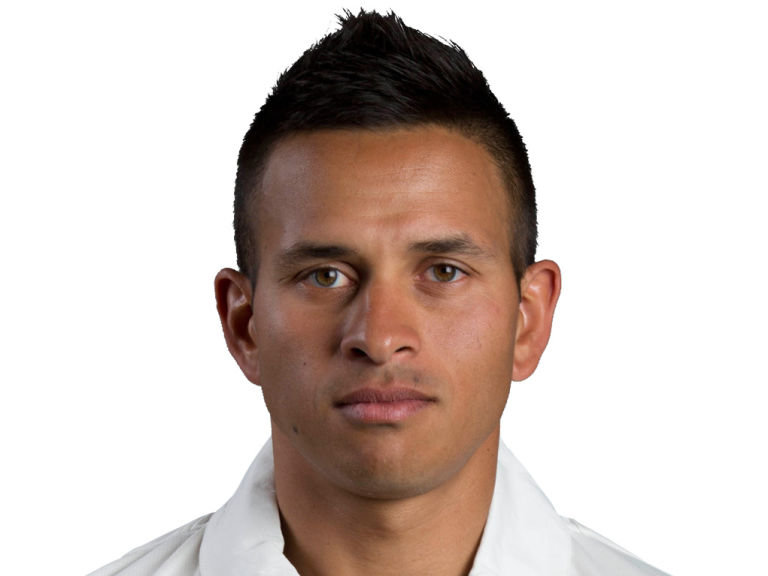 Usman Khawaja is facing surgery on his knee, dealing rattled Australia a heavy blow as they face the prospect of missing their three top batsmen for the first Test against India in December.
The opener, who hit a fighting hundred to help Australia scramble to a draw in the first Test against Pakistan, didn't bat in the second innings of the second Test in Abu Dhabi.
In his absence, Australia were skittled for 164 as they slumped to a humbling 373-run defeat on Friday - their heaviest loss to Pakistan.
Skipper Tim Paine told Fox Sports the 31-year-old had ruptured an anterior cruciate ligament and could be out for six weeks, but it was not as bad as a similar injury he suffered in 2014 that kept him out for 12 months.
"Uz (Khawaja) has sustained a meniscus tear. So it's not great news for him," he said.
"But at the same time it's the same knee he's had serious issues with before so it's a positive in that it's not that bad but it is likely to require surgery at some stage."
It puts him in a desperate race to be fit for the opening Test against India in Adelaide on December 6, where Australia will also be missing Steve Smith and David Warner who remain banned over a ball-tampering scandal.
In their absence, Khawaja was his side's most important player and the team's batting collapses against Pakistan highlighted just how vulnerable they are without them.
While Test debutants Aaron Finch, Travis Head and Marnus Labuschagne showed glimpses of their potential in the UAE, Shaun Marsh failed to fire and Paine admitted batting spots are up for grabs ahead of the four-Test India series.
"There's no shying away from the fact we have a hell of a lot to do on our batting and it's this team and it's through the whole country," he said.
"Clearly it would be a pretty exciting time to be a batsman around (Sheffield) Shield cricket at the moment if you're scoring hundreds, there's no doubt about that.
"There's opportunity for everyone."