Japan's Honda on target as A-League season kicks off 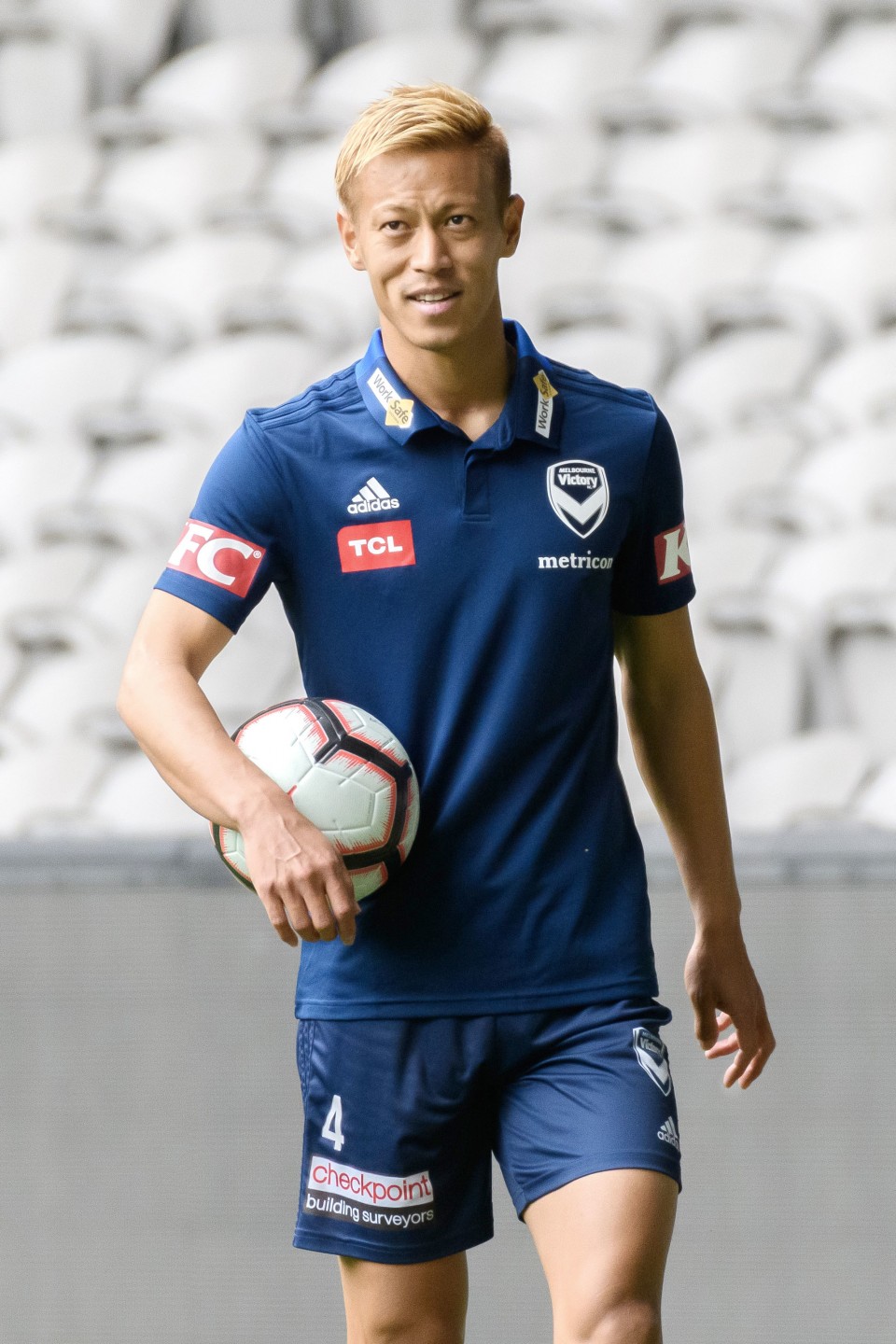 Japanese superstar Keisuke Honda scored on his A-League debut in front of 40,000 fans, but it wasn't enough to secure three points in a pulsating Melbourne derby on the opening weekend of the Australian season.
The former AC Milan striker, one of the highest profile names in Asian football, powered a header past Melbourne City goalkeeper Eugene Galekovic after 28 minutes as Hondamania gripped Marvel Stadium.
But his Melbourne Victory team let the lead slip when Ritchie De Laet followed up on Lawrence Thomas' penalty save shortly before half-time, then City substitute Riley McGree made it 2-1 with 20 minutes left.
Despite Honda being in the thick of the action, there was no way back for the reigning champions.
While disappointed with defeat, Victory coach Kevin Muscat was impressed by new signing Honda.
"He's a very, very clever footballer, the understanding that he's got with his teammates in such a short period of time, he was exciting," he said.
"It's a good starting point for us to keep building and getting better."
Elsewhere, former Bolton Wanderers striker Adam Le Fondre pounced late in the game to earn 2017 champions Sydney FC a point in a 1-1 draw against Adelaide United.
"We expect to get better as the season goes along," said Sydney coach Steve Corica of his first game in charge after taking over from Graham Arnold, who left to become the new Australia boss.