Adnan in discussion over the year 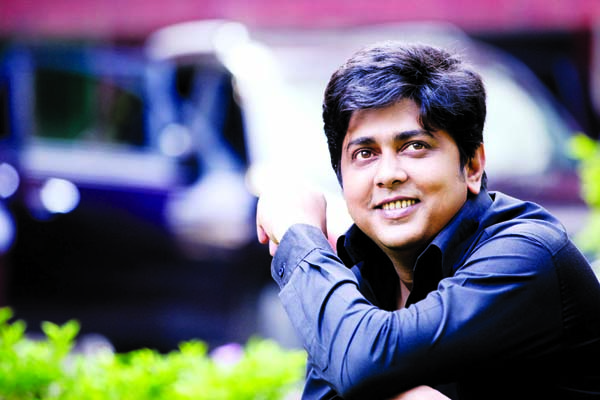 As a producer, Arshad Adnan started his career in media in 2009. Later he made TV play and telefilm one after another to establish himself in this field.
As a producer, he has been giving surprise to all. Making six plays at a time in the beginning of this year and later 12 plays under the production of his own house, Versatile Media helped him to come into limelight in media.
More than 40 telefilms made under his own production house will be aired in coming Eid-ul-Fitr. While talking in this regard Adnan told this correspondent, âIt is not important for me about how much telefilms made under my production house will go on air. I will become successful when viewers will prefer to watch these plays rather than programmes of foreign channels. I want to survive by my works as after my death people will recall my memories.â
In the meantime, Adnan has started to make a movie titled Target under his production house, which is being made by Saif Chandan. Milon, Airin, Nirob, Amrita, among others, are acting in the movie. After Eid, Adnan will start to produce several movies.
Basically Arshad Adnan is a banker by profession. This moth he got a promotion and joined as Manager Operation in a branch of Prime Bank in the cityâs Tejgaon area.
Meanwhile, as an actor Adnan first acted in Raihan Khan directed a play titled Professional. Later he came into limelight as an actor acting in Rahmatullah Tuhinâs Biporit Bindu and Mehedi Hasan Somenâs Prem-er Pandulipi.
âIn fact, I like acting. Due to my professional works in banking sector and also play production it becomes really difficult for me to act in any play,â said Adnan while talking about his less presence in the field of acting.
It may be mentioned that while studying in Dhaka University Arshad Adnan started recitation practice.
In 1996, his debut solo recitation album titled Nishiddho Shompadokiyo was released. He has two children named Shrestho and Priyo. Adnan has also set up an orphanage in Gazipur.Â Â Â