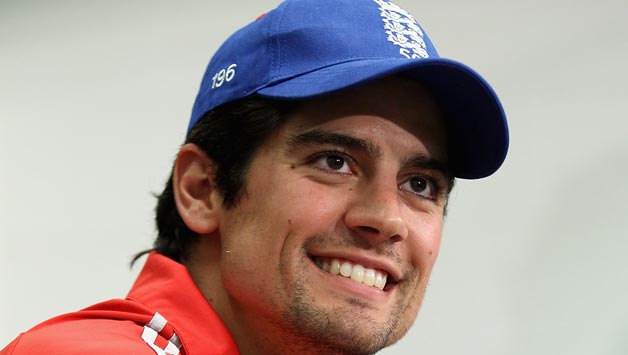 Alastair Cook must trust his instincts and stop "captaining for the commentators", according to former Australia captain Steve Waugh.
Cook's position as England skipper is under scrutiny after nine winless Tests and 26 innings without a century, and he has received criticism from pundits.
"What he needs to do is do it his way," Waugh told BBC Test Match Special.
"He has to trust his gut instinct, his feel for what is going on and not be afraid to make mistakes."
Writing in his Sunday Telegraph column,Â  former England captain Michael Vaughan questioned whether Cook should continue to lead the team.
"It is easy for the England and Wales Cricket Board hierarchy to say it is going to stick by him but it has to ask what is best for the team and for Cook," wrote Vaughan who led England to Ashes victory in 2005.
"We have reached the stage with Cook when he cannot be enjoying cricket. The ECB has a responsibility to Cook the person to do the right thing and if that means taking the captaincy away then so be it.
"The ECB and Alastair cannot be stubborn and just carry on because they fear giving in to his critics. Plenty of great players have had to relinquish the captaincy to carry on being a player."
Cook has been more innovative this summer after being labelled "boring" by player-turned-pundit Shane Warne during England's 5-0 Ashes whitewash by Australia, but Waugh believes the new approach has been counter-productive.
Waugh was particularly critical of Cook's strategy in the first innings of the second Test against India at Lord's, when Liam Plunkett was asked to bombard the tourists with bouncers on a pitch offering prodigious movement.
The tactic backfired as India recovered from 145-7 to post 295 all out.
"The mistakes Cook made on Thursday were, I think, because he was captaining for the commentators," said Waugh, who won 41 of his 57 Tests as Australia captain between 1999 and 2004.
"They have given him a lot of criticism about how he has been boring and hasn't got the game moving along.
"But 145-7 on a flat track, that is when you needed to be boring, bowl line and length and wait for the nick.
"They could have bowled India out for 180 and been 150 runs in front. Instead they went for the 'Bodyline' theory, leg side, just to be innovative and seen to be doing something. Unfortunately he picked the wrong time to be innovative."
Cook and Warne this week ironed out their differences during an hour-long telephone call, after the England skipper had called for a crackdown on "personal" attacks on his style of leadership.