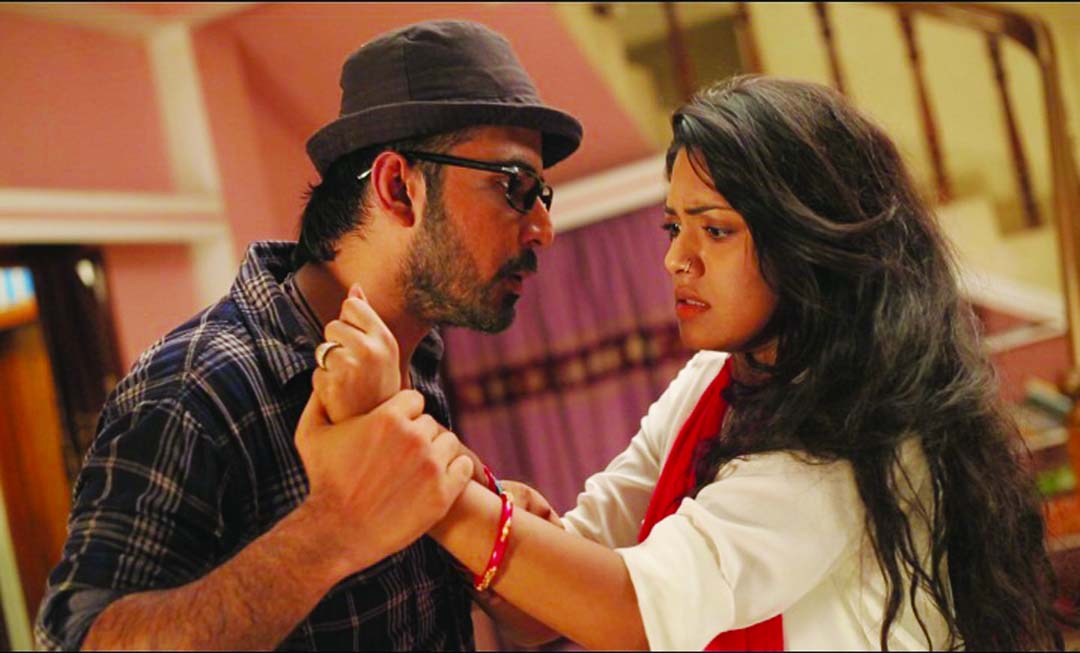 Tisha is learning photography from Nisho. Once Nisho has taken her to his residence. During that time Nishoâs wife was not present there.
Nisho wanted to make a physical relationship with Tisha in that scope. But Tisha didnât agree to do any kind of relation with him.
Then an accident occurred on the spot. Nisho was killed by a sharp wooden edge of a table in his residence while fighting with Tisha. Tisha left the place and went to a bus stand. She then became fainted.
After regaining her memory, Tisha called on his friend Sohel over mobile phone. Sohel came to the bus-stand after hearing Tishaâs danger.
In the meantime, Tishaâs other friends - Pinky, Ira and Rashed also came to her.
After hearing the accident, everybody became in a fix for some moments. They started to think how to rescue Tisha from the incident.
It is the story of Eid play Day Out, which will be aired on Maasranga TV at 10:15pm on third day of Eid-ul-Fitr.
Nisho and Tisha acted in two lead roles in the play, which was directed by Humayun Rashid Samrat.