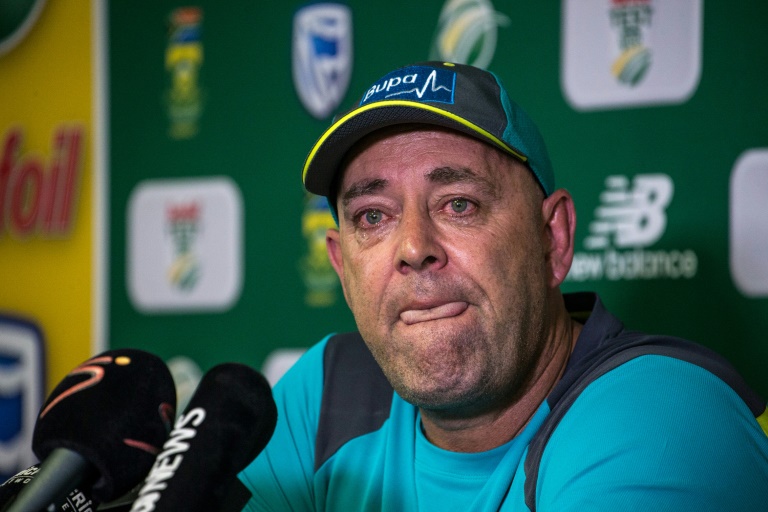 Former national coach Darren Lehmann revealed Wednesday how he has paid a heavy emotional toll over the ball-tampering scandal and claimed under-fire Cricket Australia could have done more to support him.
Lehmann continues to receive counselling, having gone through some dark times since his life was turned upside down by the incident in the third Test against South Africa in March.
He tearfully quit in the aftermath despite being cleared of any direct role and contracted until the 2019 Ashes series in England, with Justin Langer taking over.
His decision followed then captain Steve Smith, his deputy David Warner and opening batsman Cameron Bancroft receiving lengthy bans for the plot to alter the ball using sandpaper.
"I saw people, and am still seeing people about it. That's a work in progress," Lehmann told the Sydney Daily Telegraph as he prepares to re-launch his career as a commentator.
"I don't think people know how much it affects people behind the scenes, but that's one of those things that you go through. The help of family and close friends got me through."