Hasan-Prova-Pran Roy together for first time 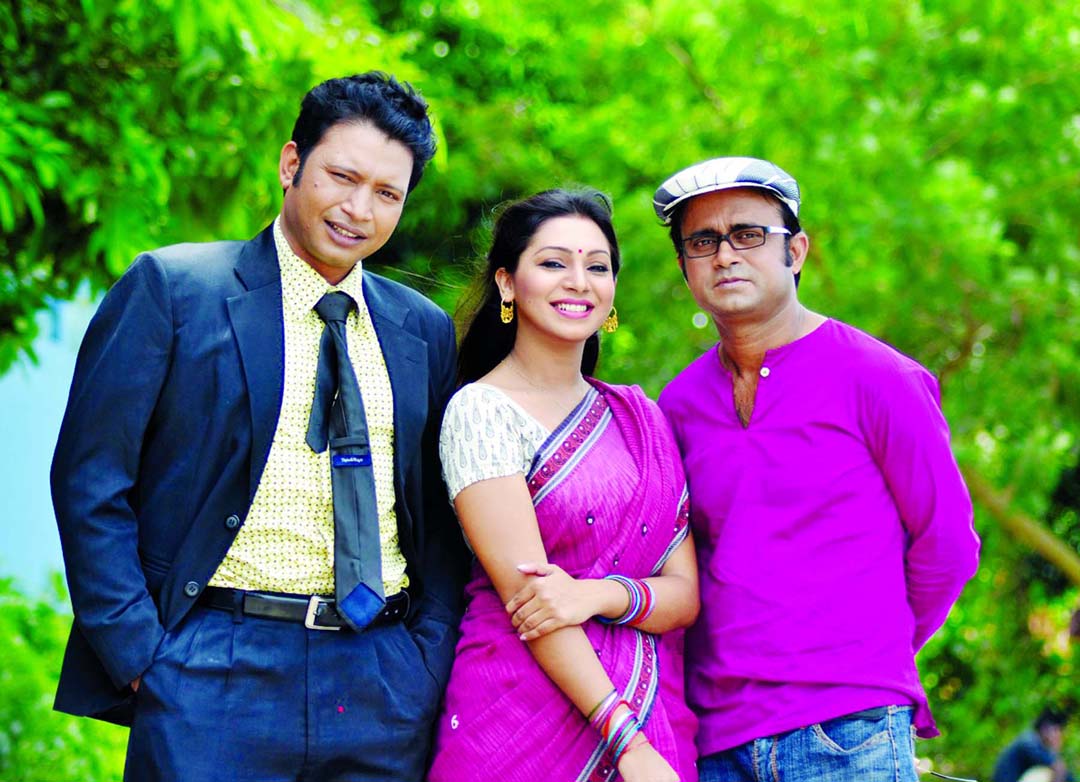 Three popular actors AkhM Hasan, Prova and Pran Roy have performed together in a TV play for the first time. Title of the play is Buddhi Dhar, which was directed by Ruman Runi under the script written by Sohel Rana. The play has been made to air on Channel i.Shooting of the play has been done at Bhadun village, adjacent to Dhaka on Monday. Prova first time worked with AkhM Hasan in Ferdous Hasan Ranaâs drama serial titled Khunsuti. Later they had acted in several plays together. On the other hand, with Pran Roy Prova first acted in a play titled Maradona. While talking about the play Prova told this correspondent, âLocation of the play was so nice that we had worked cordially and enjoyed a lot while taking part in the shooting. Director Runi bhai is very cooperative person. I think viewers will enjoy the play.âAkhM Hasan shared his feelings by this way, âWe have to work often in the plays. Sometimes we get some stories of plays those always attract us to act. Buddhi Dhar is type of play.ââI always try to play with my role. In this play, I have tried to play with my character. I have enjoyed acting working with Prova and Hasan. When the viewers will enjoy the play our initiatives will become successful,â said Pran Roy while sharing his feelings about the play.Sohel Khan has also acted in an important role in the play Buddhi Dhar. Pran, Hasan and Prova also acted in other plays under the direction of Salauddin Lavlu on the occasion of coming Eid-ul-Fitr.In fact, their intimacy was being developed to work in Salauddin Lavluâs plays. These three actors are now passing very busy times on the eve of Eid festival, they said.Â Â Â Â Â