Tasnuva Tisha says ânoâ to serial, but has interest in film 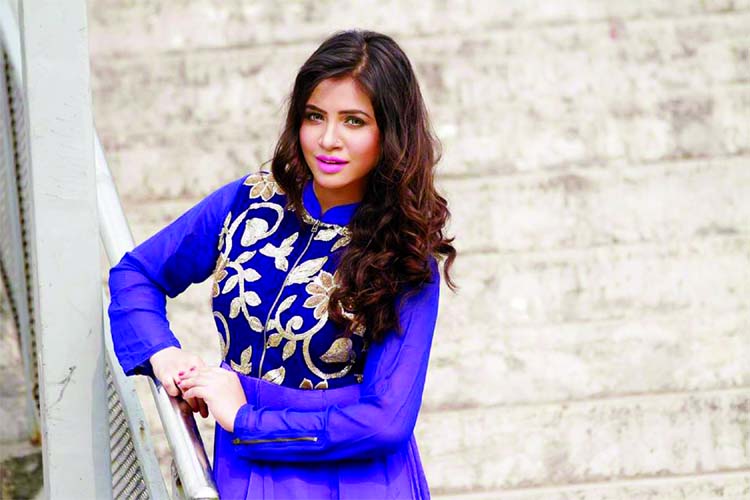 Sheikh Arif Bulbon :
Since 2014 Tasnuva Tisha has been working as an actress in the small screen successfully. Though in the beginning of her career she has been acting in TV serials to till now but she has decided not to work in serial. But one after another she is acting in faction plays. She has already acted in four faction plays under four separate directorsâ direction.
While asking her why she has decided not to work in serials Tisha told this correspondent, âIn fact, if I want to act in serial I have to keep some fixed days of a month to work. So, when I get offer to perform as a model in TV commercial or acting in faction plays I cannot manage time due to engagement with TV serial. For this reason, I will not work in TV serial now. I last acted in Aryan Bhaiâs serial Golpogulo Amader. I have no interest to work in drama serial right now.â
Tasnuva Tisha also informed that she has already finished shooting of Aditya Joniâs Doob Satar, Rahat Mahmudâs Sei Raat-ey, Nazmul Roniâs Aporichita Tumi and Biplab Yousufâs Mone Mone. Ziaul Faruk Apurba was her co-actor in Sei Raat-ey and Aporichita Tumi, while Shojol and Niloy were co-actors in Doob Satar and Mone Mone respectively. These plays will be aired in different satellite channels soon.
Meanwhile, Tasnuva Tisha has keen interest to work in big screen. But there must have good story and director, Tisha also said.
In 2014, Tasnuva Tisha first acted in Mostafa Kamal Rajâs play titled Lal Kham Bonam Neel Kham. She played in a small role in that play. Tisha acted first TV serial was Ezaz Munnaâs Jogajog Golojog.