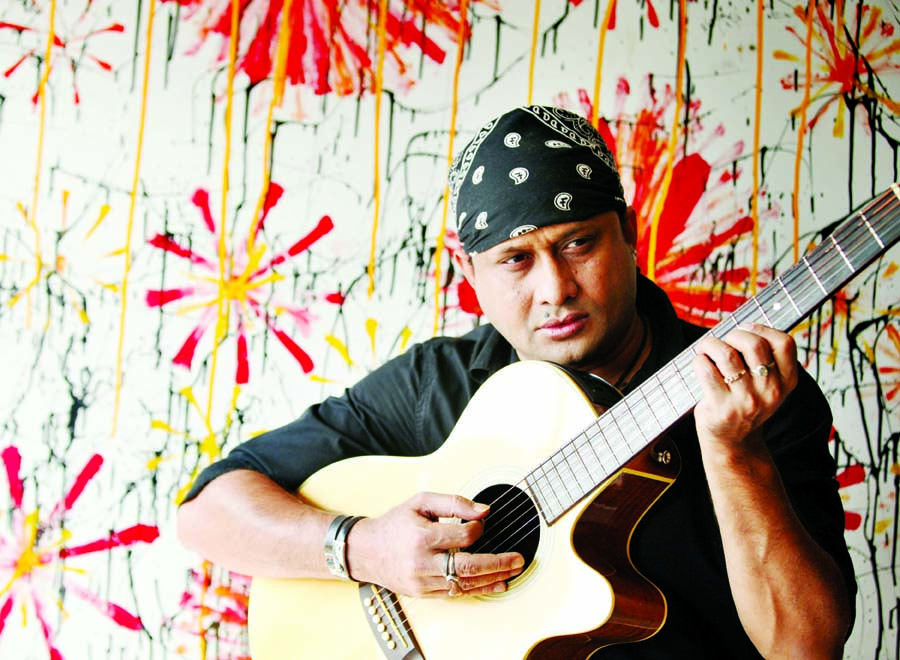 Â After a break of seven years, popular singer SI Tutul has released his fifth solo album titled Nilkosto to dedicate noted playwright and writer late Humayun Ahmed.
A song, which was composed to dedicate Humayun Ahmed, has also been included in the album among the other tracks.
Tutul has also rendered a song with Humayun Ahmed. Shahidullah Farazi has written lyrics of the song, which title is: Ami chhilam matir upor, Ekhon mati aamar-e upor, Boro bhalo achhi ami matir-o bhitor, tora keu janlina aamar sukhobor.
While talking about the lyrics of the song lyricist Shahidullah Farazi told this correspondent, âWhen I was writing lyrics of the song I remembered Humayun sir. I am really feeling something satisfaction to write down such song and also to dedicate it to sir.â
Tutul shared his feelings by this way, âIt is a great thing that rendering song I have composed a song with sir. It is a great achievement in my music career.â
Besides this track, another eight tracks are included in the album. Of those seven tracks were composed by Tutul himself, while rest was composed by JK.
Kabir Bakul, Mohsin, Faruk Hossain and Sudip Kumar Dip have also written lyrics of other tracks of the album, which is set to be released under the banner of Sangeeta.