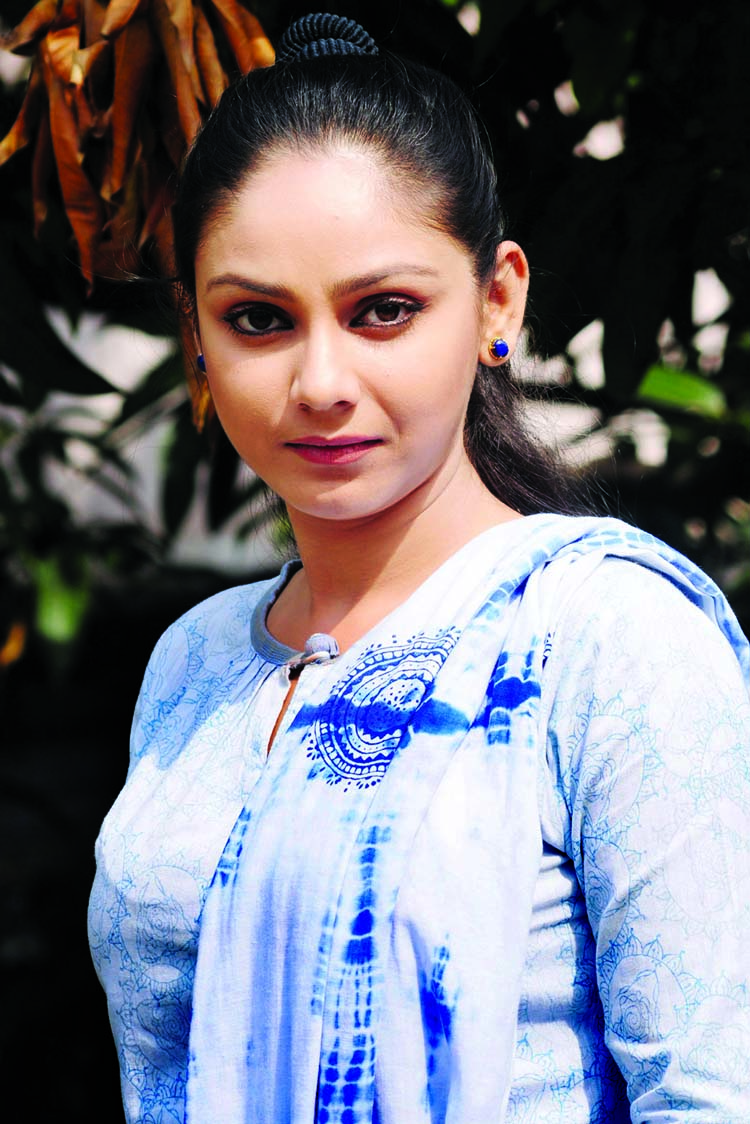 Sanjida Preety is always very choosy about her works. For this reason, she is not seen on the screen regularly. But when she works in any play Preety thinks in-depth about her role before taking part in the shooting.
Bodley Jawar Golpo is that kind of play. Abdullah Afnan has written script of the play, while it was directed by Rahmatullah Tuhin. Preety is also acting under the same directorâs drama serial titled Kshonikaloy, which is being aired on Maasranga TV now.
Sanjida Preety for the first time acted in Tomar Golpey Shobar Eid- Season 3. While talking about the play Preety told this correspondent, âThe play is one of the best five selected stories among the viewersâ sending stories. I couldnât believe that viewers can write so well. It is really a nice story. I have tried my level best to express my role in the play.â
Shooting of one day of the play has already been done. Due to rain itâs shooting was being interrupted. Its next shooting is scheduled to be held on July 25. Sajal acted against Preety in the play, she said.