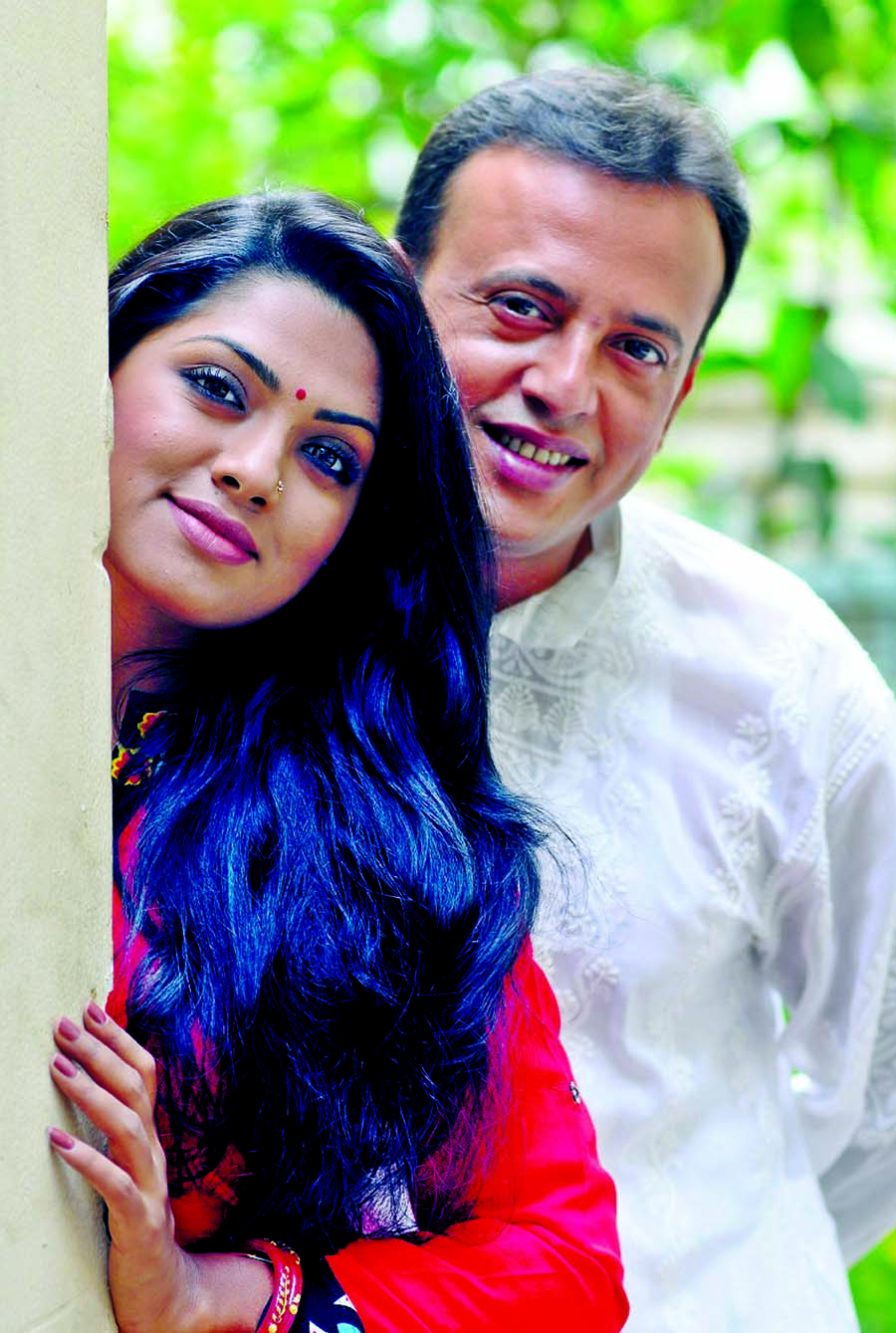 Popular film actor Riaz and TV actress Tisha first performed together as pair in a play titled Ek Bochhor Porer Shondhya under the direction of Sokal Ahmed with the script written by Litu Shakhwat.
After airing the play on RTV in last Pahela Boishakh, Riaz received huge response from the viewers. For this reason, he has started again acting with new inspiration.
Later they again performed together in another play titled Sundoritoma under same directorâs direction.
This popular pair - Riaz and Tisha acted together in an Eid play titled Baji under Sokal Ahmedâs direction. Its script was written by Dipanwita Eti.
While talking about the play director Sokal Ahmed informed that the play Baji will be best one among the plays, which will be aired on Eid-ul-Fitr in different satellite channels. Shooting of the play was wrapped up on Wednesday in the cityâs Uttara area.
While sharing his feelings to work against Tisha again Riaz told this correspondent, âI have already worked with Tisha in several telefilms. She is very cooperative actress. I think viewers will accept our performances as pair on the screen.â
Tisha shared her feelings by this way, âAs a person, Riaz bhai is not a good person but also a good actor. It is really luck to get the opportunity to act against him. I have gathered many things about movie which will help me a lot in the filed of acting.â
To cast Tisha and Riaz, Sokal Ahmed has made three plays till now those were produced by Versatile Media. Baji will go on air on Channel 9 at 9:05pm on third day of Eid festival.
On the other hand, Riaz couldnât get the opportunity to act in large number of plays or telefilms on the occasion of Eid due to his engagement as a judge in a reality show. But Riazâs acted two plays - Shubhagomon, directed by Shahid-un-Nabi, and Superstar, directed by Ahnaf A Arif, will be aired.