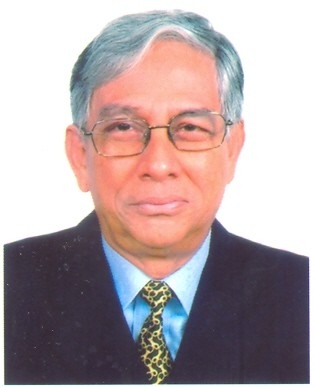 The new government's major challenge is to restore faith in a bid to accelerate economy, former Bangladesh Bank Governor Md Farashuddin says. People ranging from farmers, labourers to businessmen and industrialists have been hit by political turmoil in the last several months, he said. "Everybody's safety must be ensured on priority basis to help them recoup the loss," Farashuddin said. He suggested speedy trial of violence including those of communal attacks around the national elections. Farashuddin came up with the suggestion in an interview with bdnews24.com on Tuesday; two days after Awami League government led by Sheikh Hasina took oath. He lauded the selection of the cabinet members. "The government will have to prioritise bringing back people's confidence. Law and order will have to be brought under control. Everybody's safety should be ensured." The former governor said farmers, workers and businessmen had been waiting to make up losses incurred over the last few months due to shutdown and blockades and political violence. If the government could provide safety and bring back faith in the people's mind they would be able to make up their loss, he said. "This will be the first task of the government," he said. A consensus is essential between two major parties, Awami League and the BNP, the economist thinks. "They will have to reach an understanding for the welfare of the country. Both the parties will have to take initiative and compromise. "They should shun the mindset that everybody will have to win," he said. The two parties should realise that the country already has suffered hugely, Farashuddin said. "All should work to offset the loss. We have to continue the country's development." Farashuddin who served as Bangladesh Bank governor in 1996-2001 period, said the rural economy had been the worst hit in the violence. The farmers could not sell their produce as transports were closed down by relentless shutdown and blockades. "We have to help them stand again. For that what is needed first is confidence and safety," he said. Farashuddin appealed to the government to provide financial assistance or loan to those who needed. Farashuddin, who was personal secretary to Bangabandhu Sheikh Mujibur Rahman, said many were talking about the Jan 5 polls but the reality is many countries including the US, China, Russia and India had congratulated the new government and promised to work together. "I think it will be helpful for the new government to start work. Many feared that the new government would not be acceptable to the global community. But that did not happen." Farashuddin said Bangladesh achieved more than 16 percent growth in export earnings in the first six months (July-Dec) of 2013-14 fiscal even after the country's main export earning sector readymade garment industry had incurred huge loss over several months. Bangladesh's image was dented in foreign countries following two incidents --- deaths of more than 1000 people in Rana Plaza collapse and fire in Tazreen Garment Factory, he said. "The 16 percent growth amidst uncertainties is a ray of hope. We are still getting orders," he said. Farashuddin thinks to fulfil the export target, owners, workers and the government should work together to restore faith of the buyers as well as ensure such incidents do not recur. "If we can proceed following this path," the economist believes, "it will be possible to have a share in the $140 billion market of China." Bangladesh has huge potential to expand market of raw hide, Farashuddin said, "There should be no more delay. Now we have to shift all the tanneries to Savar at any rate." "Export of ceramics and medicines has to be boosted simultaneously. There is huge demand of these products in the global market. This will generate employment and cut poverty."