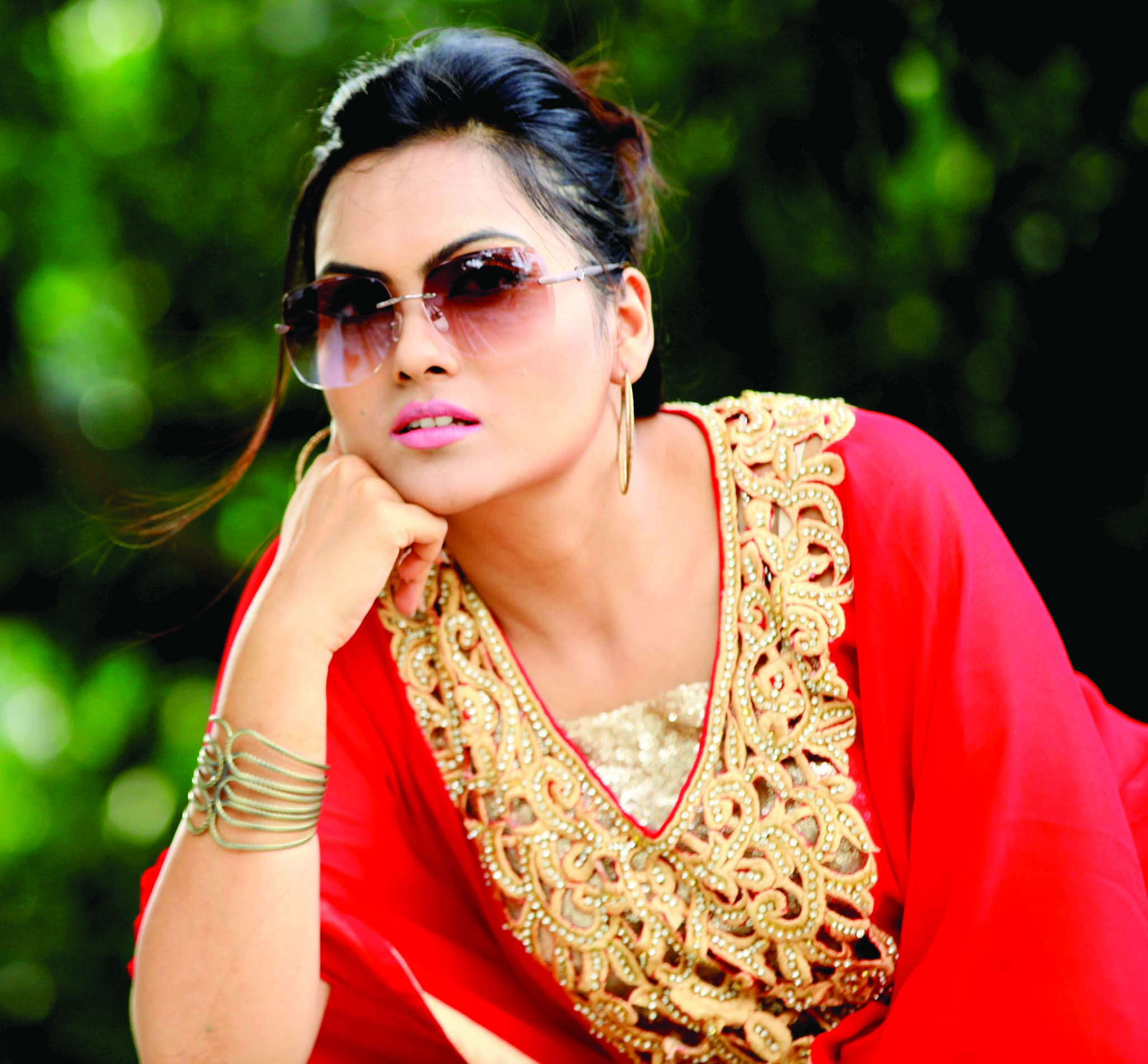 Coming Eid-ul-Fitr will be one of her career best which was mentioned by Veet star and popular TV actress cum model Hasin Roushan Jahan.
Earlier she didnât act in maximum number of plays on the occasion of any Eid festival.
On the occasion of Eid, Hasinâs four drama serials and four faction plays will be aired in different satellite channels, she said.
Hasin acted drama serials are: Tapur Tupur Opera, directed by Sagor Jahan, Alal Dulal O Chan Mia, directed by Pallab, Back-gear, directed by Shahin Kabir Tutul, and Ami Gum Hotey Chaina, directed by Zahid Hasan. Mosharraf Karim, Naim, Sajal and Zahid Hasan respectively acted against Hasin in these serials. These Eid serials will be aired on Banglavision, GTV, Asian TV and BTV respectively.
Therefore, on the occasion of Eid, Hasin also acted in four faction plays. These are: against Mosharraf Karim in Roddur-e Ghasphul, directed by Shah Mohammad Sangram, against Chanchal Chowdhury in Bastob Obhiggota Thekey Neya, directed by Prabin, and 12:30-er Bhut, directed by Robin Khan, and against Niloy in play Liquid Love, directed by Tonmoy Tansen. These plays will be aired on RTV, BTV, Channel i and Boishakhi TV respectively.
While talking about the Eid plays and serials Hasin told this correspondent, âI had to pass very busy days with shooting during the month of Ramzan. Viewers will watch me in different ways in these plays and serials. I have tried my level best to express roles in these plays. Therefore, I am really happy that a large number plays acted by me will go on air this Eid. It is the best gift in my career in Eid.â
However, Hasin is now waiting to act in the big screen. âIf I would get better story, better role, big production house and reputed director, then I will agree to act in movie,â she said.
Hasin is passing her days with acting and maintaining conjugal life happily. She wants to establish herself in media, she added.Â Â