Serena Williams wins on return from virus in Stanford 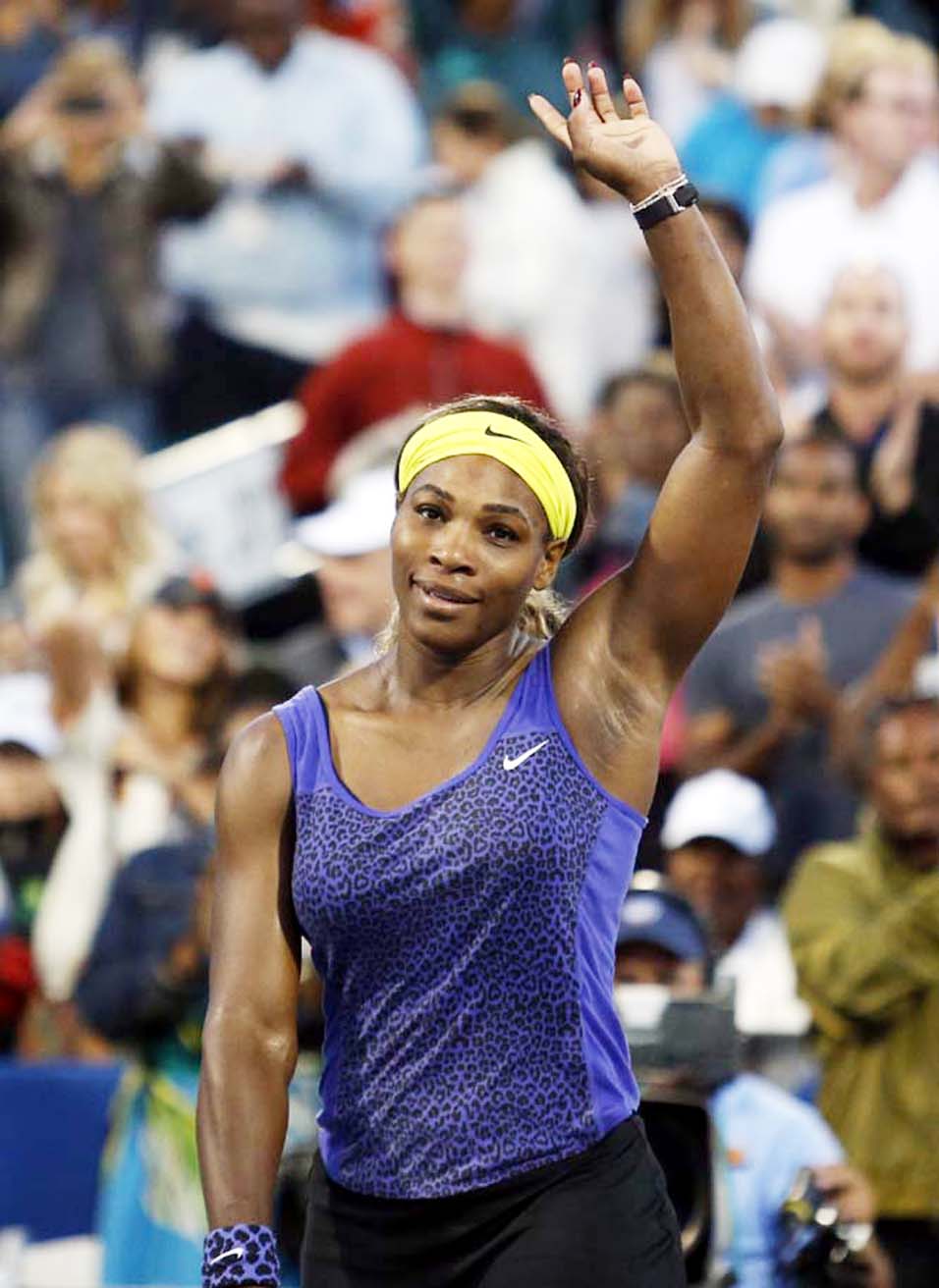 Serena Williams, of the United States waves after defeating Karolina Pliskova of the Czech Republic, 7-5, 6-2 in the Bank of the West Classic tennis tournament in Stanford, Calif on Wednesday.

Serena Williams returned to action for the first time since pulling out of Wimbledon with a straight-sets win over Karolina Pliskova in Stanford, USA.
The world number one had to retire from a doubles match with her sister, Venus, at Wimbledon on 1 July with what proved to be a virus.
Williams, 32, saw off Karolina Pliskova of the Czech Republic 7-5 6-2 at the Bank Of The West Classic on Wednesday.
"I'm still taking it a match at a time," said the American.
"I'm just worried about doing what I want to do and what I've been practising on the court. But I wasn't feeling any nerves today. I felt good. And I felt fine physically."
Williams had taken some time off after Wimbledon, recuperating with a holiday in Croatia before returning to practice.
After losing in the second round of the French Open and the third round of Wimbledon, she will defend her US Open title next month.
The 17-time Grand Slam champion will play fifth seed Ana Ivanovic or Canadian qualifier Carol Zhao in the Stanford quarter-finals.
Second seed Agnieszka Radwanska suffered a surprise 6-3 3-6 6-4 defeat by world number 59 Varvara Lepchenko of the USA.
In Washington, Britain's Jocelyn Rae and Anna Smith beat top seeds Cara Black and Sania Mirza 6-4 6-3 to reach the semi-finals of the Citi Open.