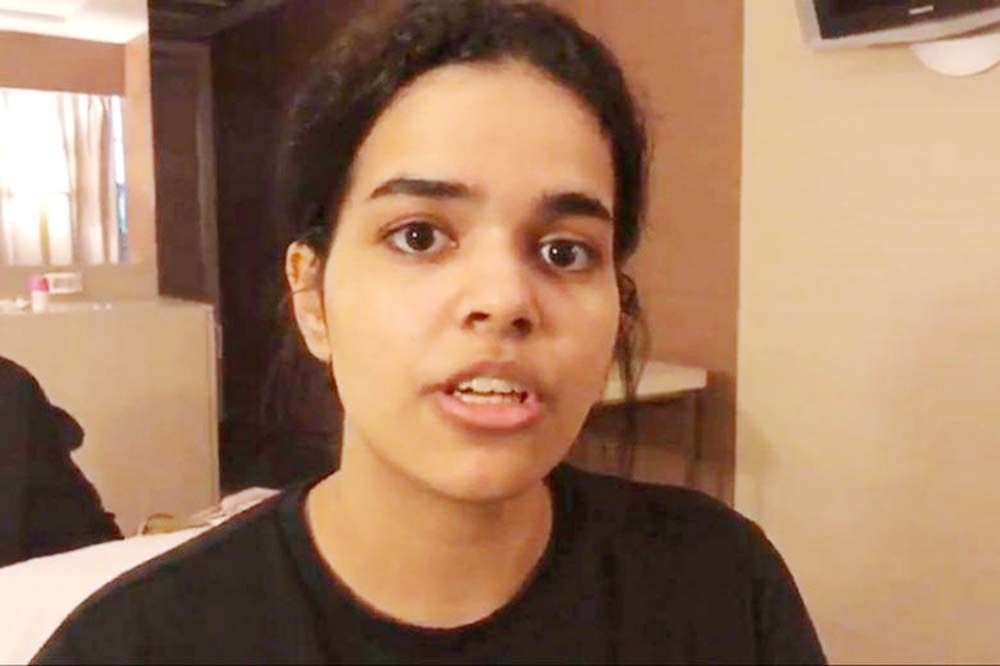 Ms Rahaf Mohammed al-Qunun arrived at Bangkok\'s main airport over the weekend after running away from her family who she alleges subjected her to physical and psychological abuse.

The United Nations has found that a teenager who fled Saudi Arabia to Thailand is a legitimate refugee and has asked Australia to take her in, officials in Canberra said Wednesday (Jan 9).
"The UNHCR has referred Ms Rahaf Mohammed Al-Qunun to Australia for consideration for refugee resettlement," the Department of Home Affairs said in a statement.
The decision marks a significant victory for the 18-year-old, who is currently in Bangkok where she says Thai authorities attempted to block her from travelling to Australia to claim asylum. The home affairs department said it will "consider this referral in the usual way, as it does with all UNHCR referrals".
Australian officials have strongly hinted that Qunun's request will be accepted.Â  "If she is found to be a refugee, then we will give very, very, very serious consideration to a humanitarian visa," health minister Greg Hunt had said before the UN determination was public.
The young woman has said she was fleeing from Saudi Arabia to Australia but was stopped en route by Thai and Saudi officials.
Her plight shot to public attention when she barricaded herself in a Bangkok airport hotel room to avoid deportation and shared dozens of fearful but defiant messages online insisting on her right to asylum.
Thai authorities initially said Qunun would be sent back, but they abruptly changed course as the story pinballed across social media. Saudi Arabia has some of the world's toughest restrictions on women, including a guardianship system that allows male family members to make decisions on behalf of female relatives.
The kingdom's human rights record has been under heavy scrutiny since the murder of journalist Jamal Khashoggi in the country's embassy in Istanbul last year.
Even Australia's hardline home affairs minister, a former policeman and staunch supporter of anti-immigration policies, expressed sympathy. "There is no special treatment in this case," Peter Dutton said Wednesday.
But, he added, "nobody wants to see a young girl in distress and she has obviously now found a safe haven in Thailand".
In Geneva, UNHCR spokesman Babar Baloch had told reporters the process looking into Qunun's asylum claim had started and could take several days.
Thailand is not a signatory to a UN convention on refugees, and asylum seekers are typically deported or wait years to be resettled in third countries.
The UNHCR insists anyone with an asylum claim should not be sent back to the country.