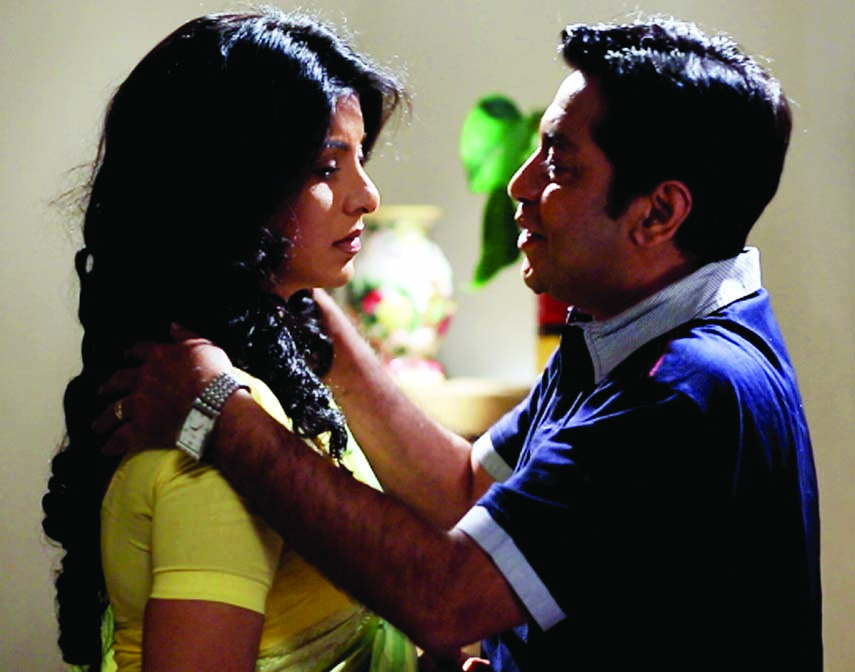 On the sixth day of Eid-ul-Fitr, RTV will air a special play titled Sukhey Theko Renu Apa tonight at 9:20pm.
Directed by Alvi Ahmed the cast of the play includes Shahiduzzaman Selim, Mou, Sajjad, among others.
Sumon was brought up with Renu from his childhood
in an area. They were neighbourhood. Though Renu was two years senior to Sumon but they had good friendship and better understanding.
Sumon was attracted to the beauty of Renu. Once
Renu tied the knot with a rich person named Matin.
But Sumon had an attraction to Renu. That was only
liking not feeling love to her. Once Matin was charged for taking bribe in his working place. Then story
of the play gets momentum and climax.Â Â