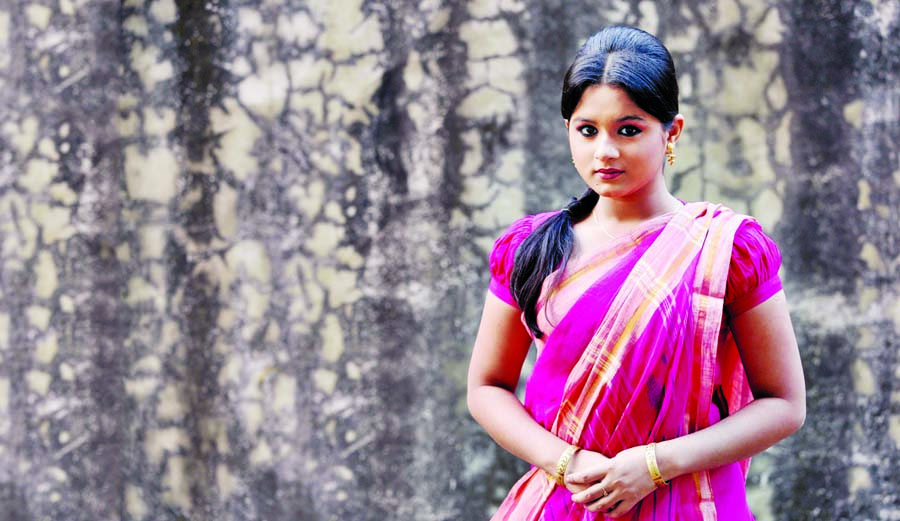 A new TV serial titled Chokh-er Tara Tui, directed by Diganta Sinha, is being telecast on Star Jalsa from last March. Ritabhari Chakraborty and Joy Mukherjee are acting in two lead roles - Tutul and Ayush respectively in the serial.
Within very short time this serial has attracted the viewers of both Dhaka and Kolkata. Now Ritabhari will not continue to acting in role Tutul. Ipshita Mukherjee who has already became famous to act in role of Kiron in popular serial Keya Patar Nouka will now act in role of Tutul in the serial Chokh-er Tara Tui.
The serial Keya Patar Nouka has been made on the context of two Bengals. For this reason, it was accepted by the viewers of Bangladesh within very short time. As a result, Ipshita became a popular face among the viewers of Bangladesh to acting in role of Kiron.
To keep in mind the viewersâ choice, Ipshita got preference by the director to act in role of Tutul in Chokh-er Tara Tui. Already Ipshita acted episodes of the serial are being telecast now.
After Keya Patar Nouka, Chokh-er Tara Tui is Ipshitaâs next performance in any serial.
While contacting with her over mobile phone from Dhaka Ipshita told this correspond dent from Kolkata, âI am really grateful to Bangladeshi viewers because they are watching my acting in the serial. I have planned to travel Bangladesh. If I would manage time I will come to Bangladesh. Everybody pray for me.â
It may be mentioned that Ipshita basically first came into limelight to act in a serial titled Subornorekha. Besides acting, she is passing busy time with her study now.