Aparna-Naim pair up for third time 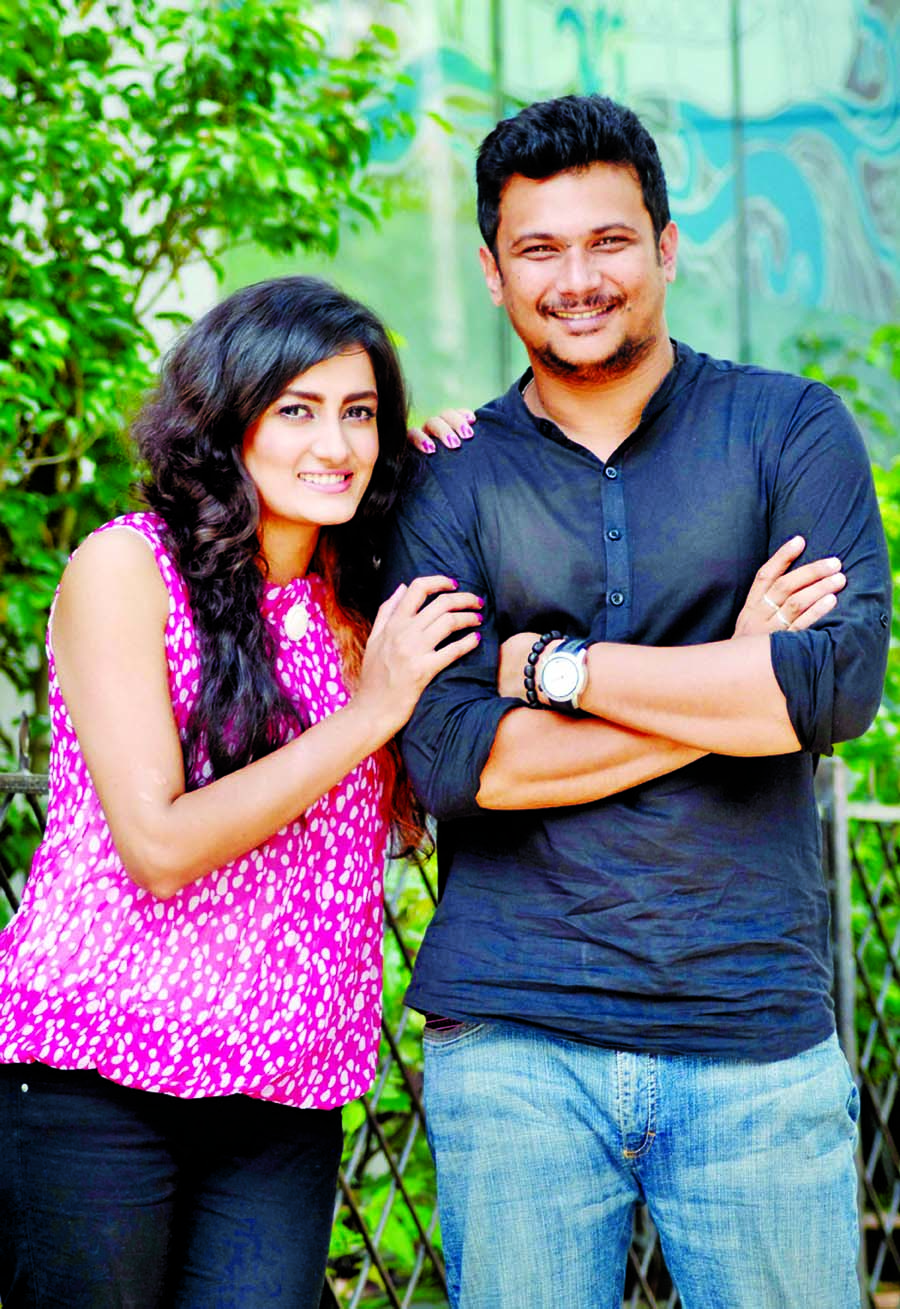 For the demand of the story popular actor Naim and actress Aparna acted together as pair by their own names in a TV play titled Jol Ronger Golpo, which has been made on the occasion of coming Eid-ul-Azha.
Shetu Arif has given direction of the play which script was also written by Shetu himself. Shooting of the play was wrapped up last week.
Story of the play Jol Ronger Golpo is focused on a love story of a couple. It will be telecast in any satellite channel in Eid-ul-Azha.
Aparna and Naim performed together as pair for third time in this play. While sharing his feelings working against Aparna again Naim told this correspondent, âIt is the first quality of an actress is she must be good person. Aparna is really a nice person. Her fascination to work in media has impressed me. In the new play, we have worked together and enjoyed a lot.â
Aparna shared her feelings by this way, âNaim is very cooperative actor in media of present time. I think viewers will enjoy our performances in this new play.â
Produced by Times Innovation noted actress Shampa Reza has also acted in an important role in the play Jol Ronger Golpo.
Naim and Aparna first acted together in Iftekhar Ahmed Fahmiâs a play titled Close Up Kachhey Ashar Golpo. Later they had worked together in another play under the direction of Saiful Islam Mannu.
In last Eid, Aparnaâs acting in a play titled My Life, directed by Mabrur Rashid Banna, was appreciated to all. It was aired on RTV.
Aparnaâs another play titled Durbin Durottwo Shomoy, directed by Shetu Arif, will go on air this month. Therefore, her acted another play titled Niamat Shaheb O Taar Bibigon will be telecast on SA TV in Eid-ul-Azha. Â
On the other hand, Naim acted a play titled Sound Of Silence, directed by Imtiaz Sajib, was most appreciated play among the viewers during Eid-ul-Fitr. Without dialogue acting of Naim and Agnila in the play was highly appreciated to all. It was aired on Chaneli on Sunday. Therefore, Naimâs two other playsÂ  - Chhinno and Akshoy Companyâr Juto were also appreciated to the viewers.Â