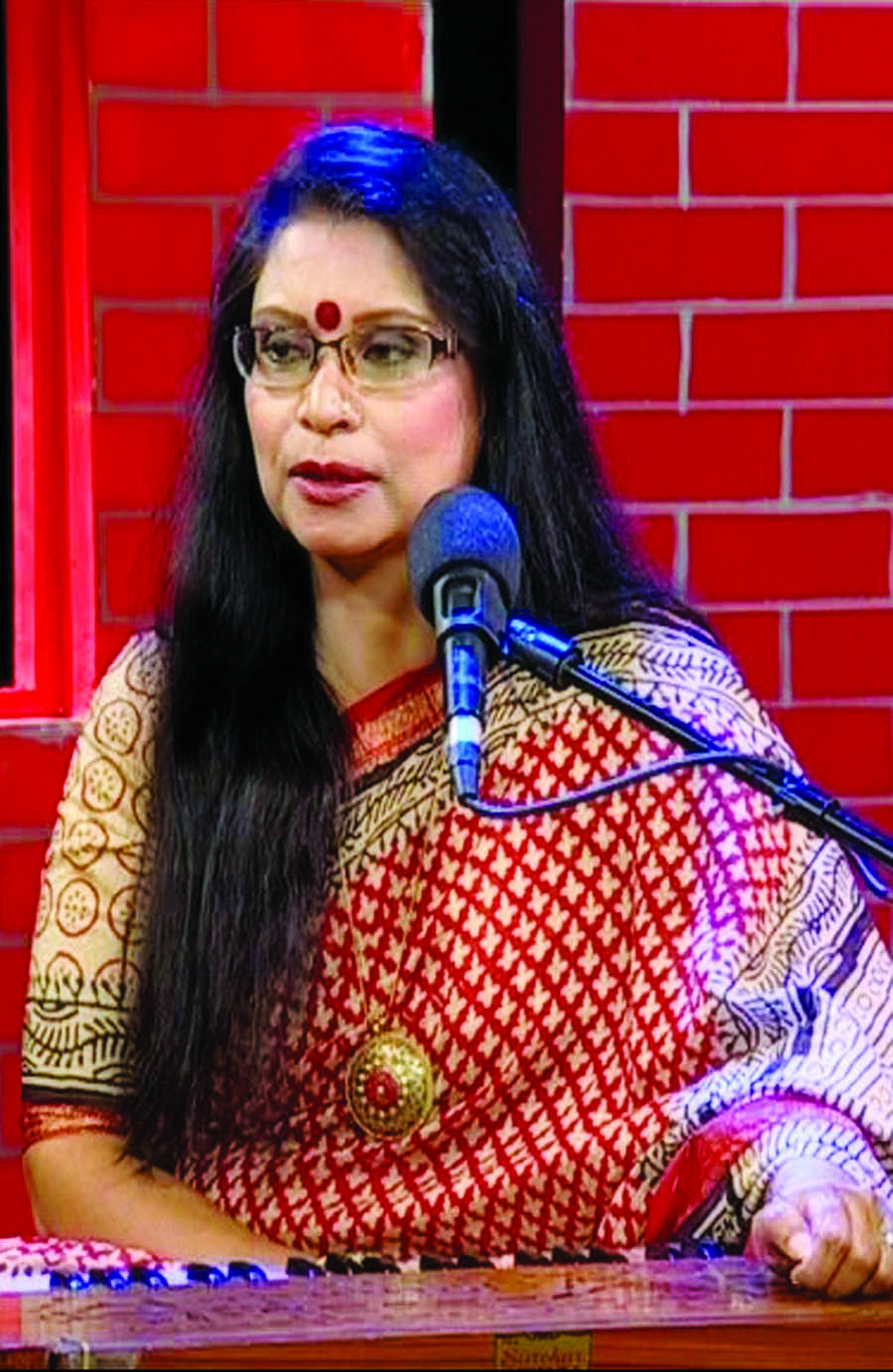 On the occasion of death anniversary of Rabindranath Tagore noted Tagore artiste Rezwana Chowdhury Bonnya will perform in a phono-live studio concert titled Music Club tonight on Banglavision.
The programme, produced by Nahid Ahmed Biplab, will be telecast at 11:25pm.
Besides rendering songs in the live show, Bonnya will take part in open discussion with the host of the show. She will recall the memories of her music related career, which was closely attached with Tagore songs.Â  Therefore, Bonnya will also reply to the questions from the viewers over telephone. She will also keep their requests while render songs in the programme.