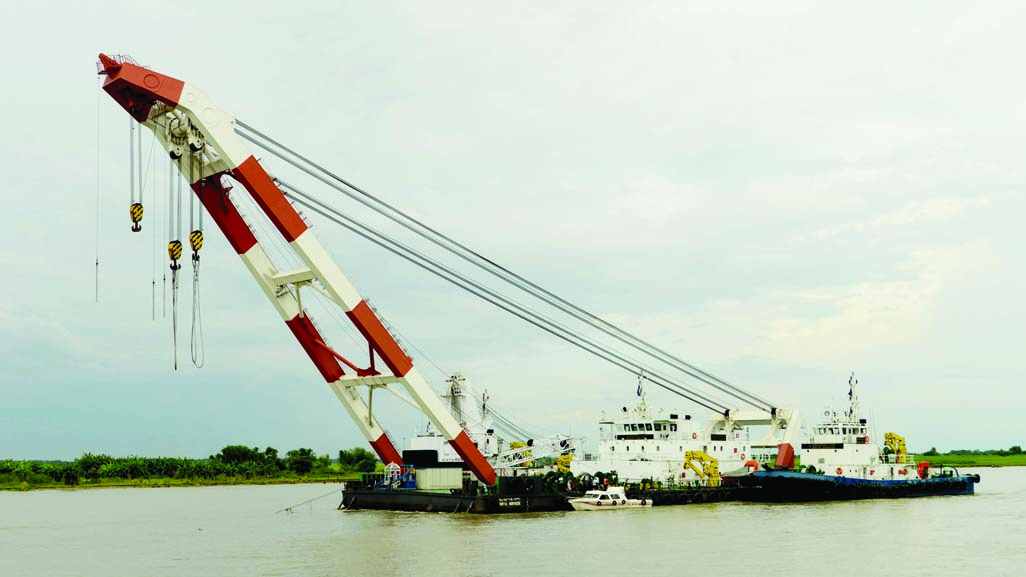 Rescue workers are still awaiting the arrival of tugboat Kandari-2 with powerful survey equipment to the site where Pinak-6 met with an accident in Padma near Mawa around 53 hours ago.
Chittagong Port member (Harbour and Marine) Commodore Md Shahjahan said the tugboat might reach Mawa ferry terminal by Wednesday evening.
Kandari-2 will be bringing a side-scan sonar, a GPS and a sub-bottom propeller from Jarip-10, a survey vessel that works at Chittagong Port. The advanced search equipment will be utilised to search the passenger vessel Pinak-6 which sank there with around 350 passengers on Monday morning.
The boat had not reached Mawa until 4:30pm.
Ladder scanner that searched the area throughout Tuesday night and Wednesday morning failed to locate the vessel.
A total of 15 vessels including rescue vessels Rustam and Nirbhik, BIWTA ships, tugboats and speedboats are now looking for Pinak-6.
Navy Captain Nazrul Islam of the rescue crew told reporters the side-scan sonar at hand can scan down to 75 feet under water. The equipment from Jarip-10 can scan as deep as 250 feet.
Jarip-10 and Kandari-2 left Chittagong Port around 12pm Tuesday but the small survey vessel had to return from the outer anchorage near the Sandwip channel because of bad weather. The equipment was then transferred to Kandari-2, which started towards Mawa.
Commodore Shahjahan said the tugboat was being delayed as it was pushing upstream in a difficult weather. At 1:30pm the boat was near Lakkhipur, he said. A hydrography team from the Chittagong port is also on the tugboat.