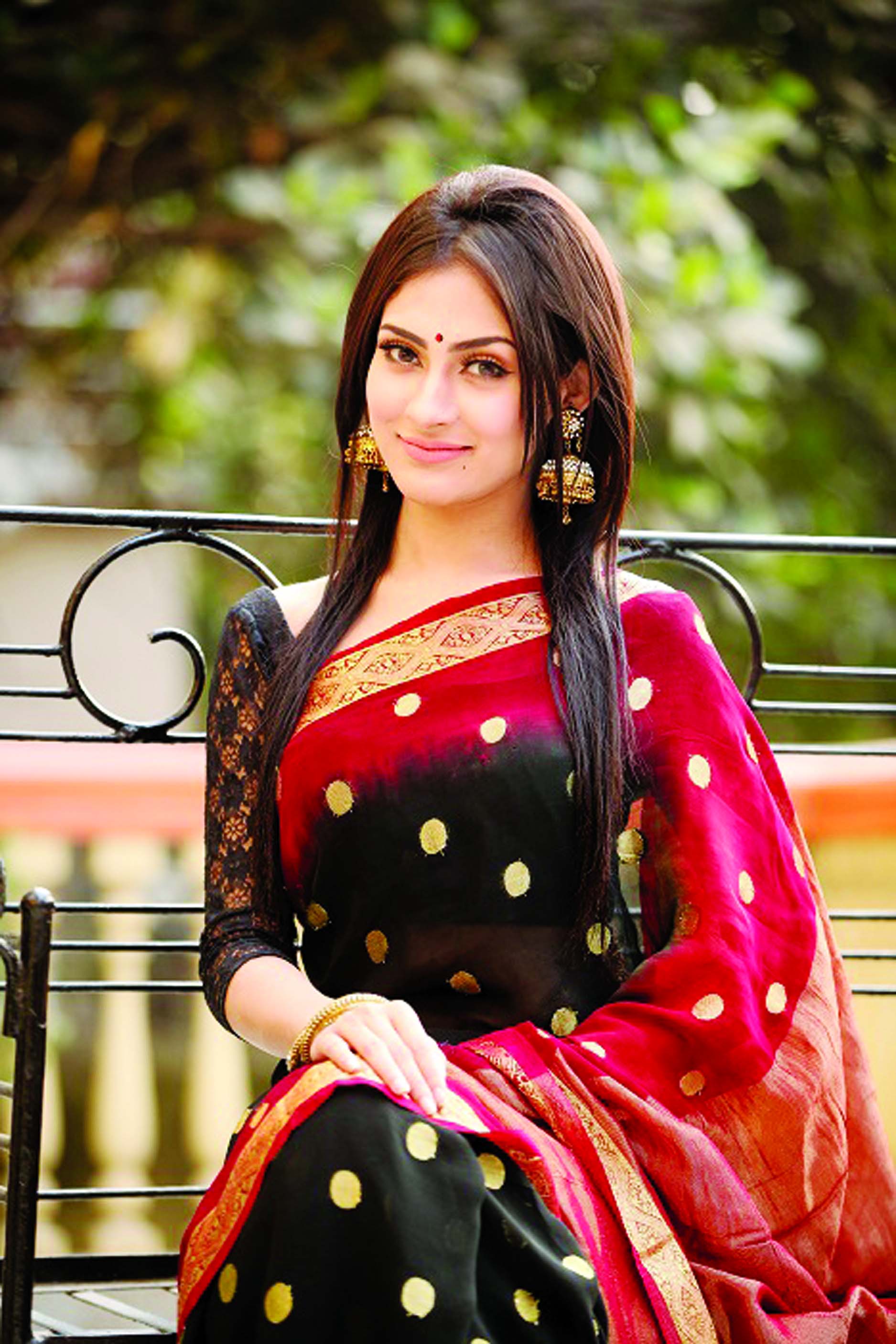 Popular TV actress and model Mehazabien Chowdhuryâs several plays were telecast in different satellite channels in Eid-ul-Fitr. She has taken same kind of preparation for coming Eid-ul-Azha. For this reason, after passing Eid holydays, she again started to take part in shooting of coming Eid plays.
Already Mehazabien has finished shooting of a play titled Mon Badha Maney Na. Sajal was co-actor of Mehazabien in the play, which was directed by Mizanur Rahman Labu. Therefore, Homayra Himu acted in an important role, while Tanvir also acted in a guest role in the play.
While talking about the play Mehazabien told this correspondent, âStory of the play was really nice. It was presented in rural context. I have taken part in shooting of the play in Pubail, Gazipur. I think it has become a nice play.â
Mehazabien has already confirmed to work in two movies. These are: Swapan Ahmedâs Porobashini and Mostafa Sarwar Farookiâs Duboshohor.
But Mehzabein is frustrated about these movies. She claimed that director of Porobashini has cheated with her. âAt first, he (director) selected me to act in role of lead heroine in the movie. But he gave me a âlittleâ character in the movie. On the other hand, works of movie Duboshohor is now become uncertain due to unknown reason. For this reason, I have concentrated to work in TV plays now. Therefore, I am continuing modelling and my study.âÂ