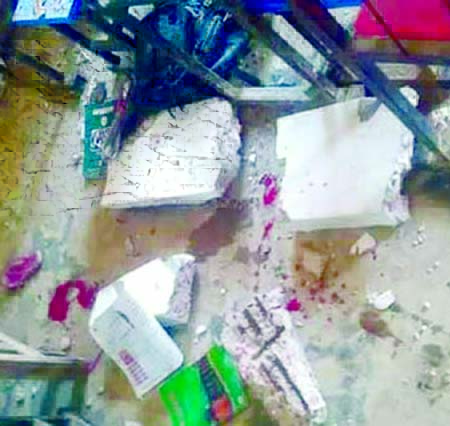 A third grader has died and three other children injured after a ceiling at their primary school in Barguna collapsed on top of them.
The government school was constructed 17 years ago, a teacher said.
The incident occured at the Choto Bogi Government Primary School around 12:30pm on Saturday, said Amtoli Police OC Abul Bashar.
The 8-year-old Mansura died after sustaining head injuries in the incident.Â Â Â  Cracks had started to appear in the single-storey structure with three rooms, said Zakir Hossain, an assistant teacher at the school.
"Four pupils were injured after a beam collapsed and fell during class around 12pm on Saturday. Before they could be taken to the hospital, Mansura died of a head injury."
The injured pupils, including Ruma Akhter and Ismail Hossain, have been admitted to the Amtoli Upazila Health Complex, he added.
"Setu Enterprise built the school building in 2002. It's owner Abdullah Al Mamun is the nephew of former member of parliament from Barguna-1 Motiar Rahman Talukder," said Zakir.
"The injured pupils are receiving treatment. They are mostly out of danger," said OC Bashar.