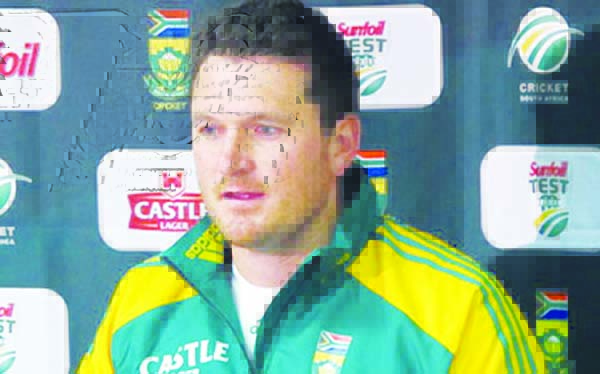 Former South African captain Graeme Smith has some advice for Australia coach Justin Langer - make sure David Warner's ego is managed if he starts to "get bigger than everybody else".
The polarising opener, on the comeback trail after a one-year ban for ball-tampering, has been in red-hot form in the Indian Premier League ahead of his expected recall to the national side for the World Cup in England and Wales.
But some commentators believe Warner's return could be disruptive to the team, which is now resurgent after a run of poor results, and that he needs to managed carefully.
Smith, who skippered his country for more than a decade, said that while he admired Warner's batting, he had "pissed a lot of people off" throughout his career.
"I don't know," he told Fox Sports on Tuesday evening when asked if he would have any issue in welcoming Warner back to the Australian team.
"It's difficult to know what it's like behind the scenes, but he's always been an incredible cricketer," added Smith, who played 117 Tests before retiring in 2014.
"Especially when he bats, he bats with that driven nature, that intensity, ego to perform. And he's an excellent cricketer.
"I think where David has been throughout his career is that he's pissed a lot of people off. He's just that type of guy. I think at the moment he needs Australian cricket more than they need him."