Shatabdi-Mou pair up for first time in TV play 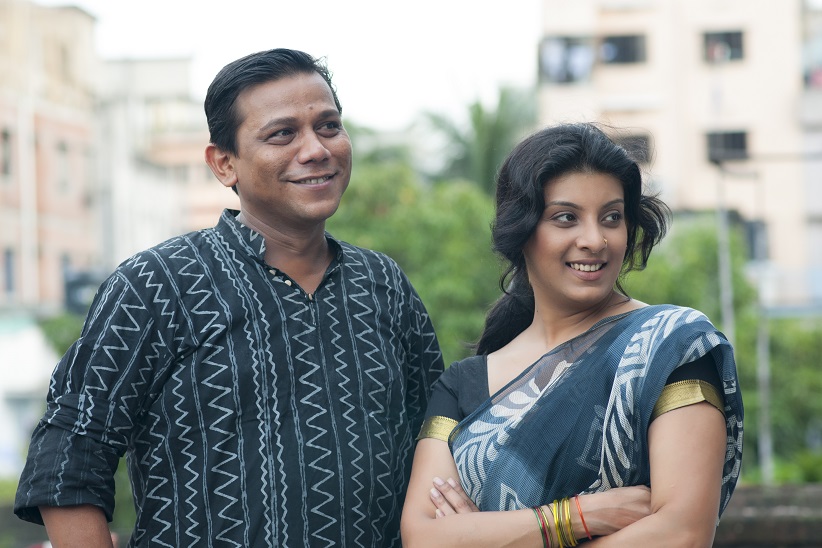 For the first time National Film Award winning actor Shatabdi Wadud and popular model cum TV actress Sadia Islam Mou have performed together as pair in a TV play titled Goom recently.
Earlier several plays were made by same concept but director of Goom, Mahmud Didar has changed presentation of the story of serial keeping same theme. By this serial Mou and Shatabdi have performed together under the direction of Mahmud Didar for first time.
In the play, it will be shown that Mou-Shatabdi is a simple couple. They have one child. But Shatabdi has no attention to his family members. His more concentration to acting. Once he got the opportunity to act in a play. When he was returning to his family members with money after taking part in the shooting he was kidnapped. The persons who were involved in kidnapping him they demanded a lot of money instead of Shatabdiâs life. It is the story of play Goom, produced under the banner of Versatile Media.
While talking about the play Mou told this correspondent, âI have liked Didarâs presentation in the story of the play. It was my first work against Shatabdi. We had tried to make the play livelier. For the demand of the story of the play itâs shooting was held in old Dhaka.â
Shatabdi Wadud shared his feelings by this way, âFrom many years I am fan of Mou apu. She is really an outstanding performer. She is so cooperative and amicable person that I couldnât think before working with her. I have really achieved a different types of experiences in my life to working with her.â
The play Goom has been made to air in any satellite channel on the occasion of coming Eid-ul-Azha.
Earlier, Mouâs a play titled Black Coffee, directed by Shakhawat Hossain Manik, was highly appreciated to the viewers in Eid-ul-Fitr.
On the other hand, Shatabdiâs two plays - Somporko, directed by Sokal Ahmed, and Andor-e Alo, directed by Wahid Anam, were appreciated to all.
Shatabdi recently finished shooting of Riazul Rizu directed a movie titled Bapjan-er Bioscope.