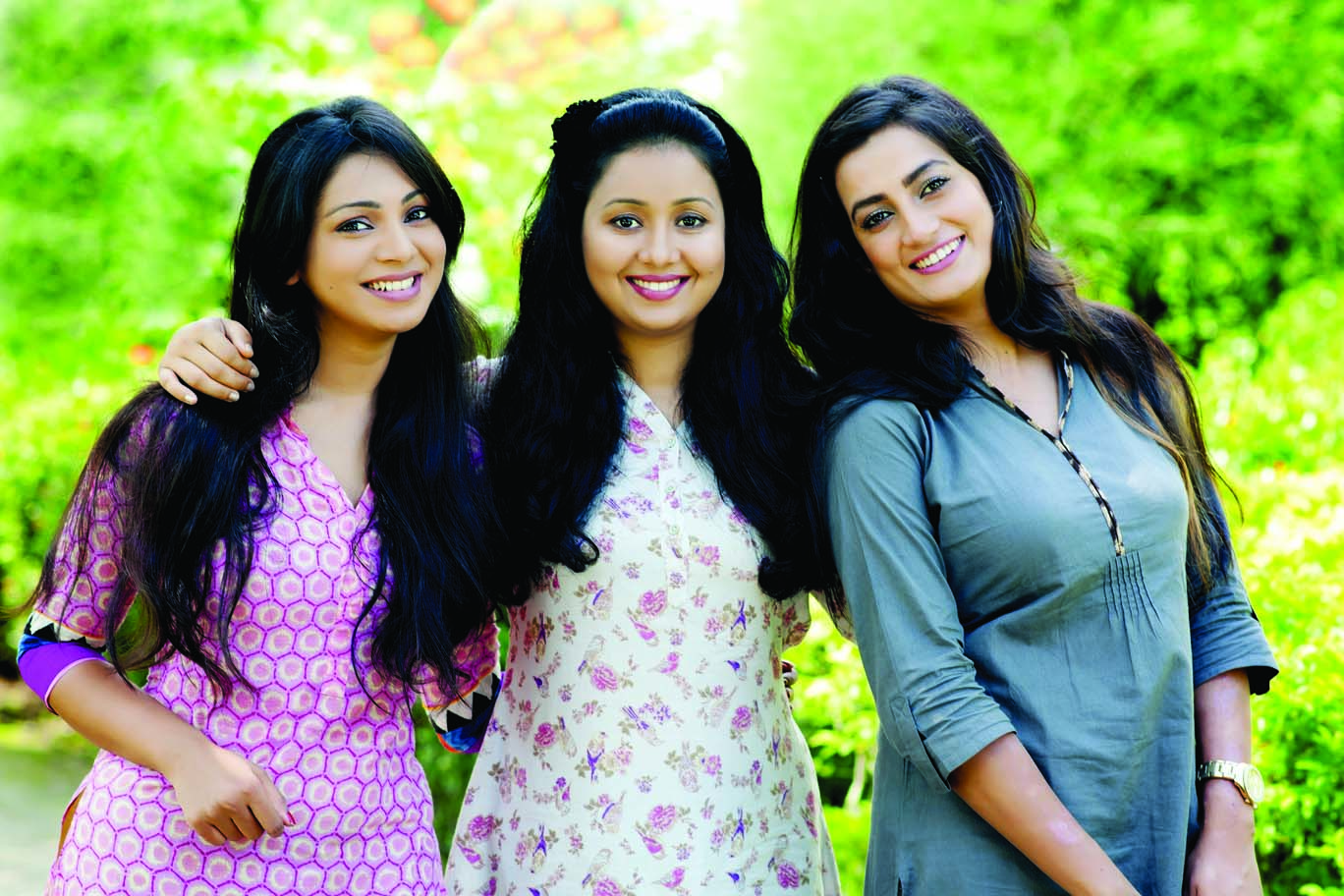 Talented play director Alvi Ahmed has made a drama serial with an exceptional story. Title of the serial is Shunnyo Thekey Shuru. Alvi Ahmed has written its script. Till now shooting of its 52 episodes have already been done by the director Alvi. Farhana Mili, Sadia Jahan Prova and Aparna Ghosh have performed together in this serial for the first time. Earlier Mili and Prova performed together in Shihab Shahin directed a drama serial titled It Kath-er Khancha, but for the first time Mili, Prova and Aparna have performed together by this serial. Prova will be seen on the screen in role of a godmother of mafias in the serial. Her role is Apola. On the other hand, Mili and Aparna are acting in roles of two friends named Deepa and Urmi respectively. From the end of this month the serial Shunnyo Thekey Shuru will go on air on RTV, said Alvi Ahmed.Acting in this thriller-based serial Farhana Mili told this correspondent, âEarlier I had experience to work under Alvi Ahmedâs direction. But presentation of the story of the serial and its making have really attracted me. Therefore, I have enjoyed a lot working with Prova and Aparna in the serial.âProva shared her feelings by this way, âI always like to work with Mili. Now Aparna is acting well. I think viewers will enjoy our performances in the new serial.ââI always prefer to work in selected plays, telefilms or serials. While working in Alvi Ahmedâs serial I couldnât think second time because I have strong believe and full confidence on his direction,â Aparna said while talking about the serial.However, Farhana Mili has finished shooting of Zahid Mahmudâs play Kamra after Eid-ul-Fitr. Prova acted drama serials - Jibon Thekey Neya and Ghomta are being telecast on Banglavision now. She arranged a get-together party along with her friends on Monday. On the other hand, Aparna acted new drama serial Nil Akash-er Kalo Rong has started to air recently. It is being directed by Masud Mohiuddin.Â