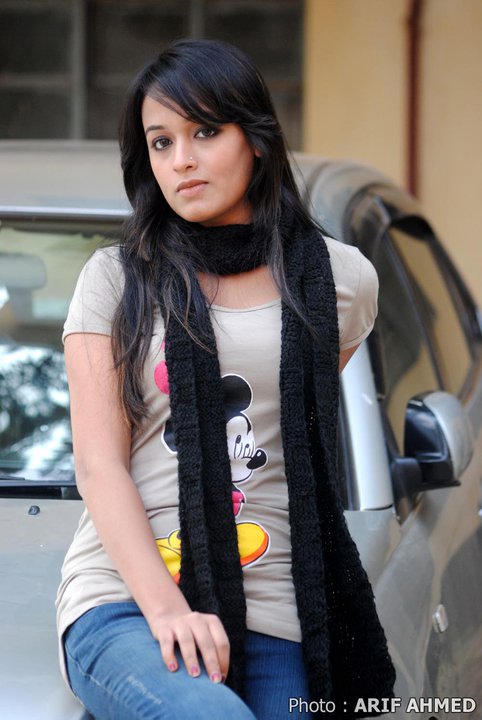 Popular model cum actress Ahona said goodbye to the film industry recently. She told the correspondent, âI will not be seen in any new movie in future.â
Ahona has acted in three movies till now. These are: Dui Prithibi, Jolodosshyu Roktorohosshyo and Chakor-er Prem. Of those movies, two were released. But Ahona didnât get any positive response from those movies. Therefore, works of movie Dui Prithibi, which was being directed by FI Manik became stalled during the shooting of the middle phase. Though her two movies were released. But Ahona didnât stand herself in the line of film heroine.
While sharing her feelings Ahona said, âFrom the beginning of my career I wanted to establish myself in the film industry. Because film is a vast media where anybody can get the scope to present him/herself attractive to the viewers by virtue of his/her acting quality. But I think I have failed in this regard. For this reason, I have lost attraction to act in movie. Now I am concentrating to act in the small screen.â
Now Ahona is busy with shooting of Eid-ul-Azhaâs plays. Therefore, she is also acting several drama serials. Mamar Haat-er Moa, Nojirbihin Nojor Ali, Agun Khela, Three Comrades, Joiboti Konnya, Noashal are her mentionable TV serials of present time.
It may be mentioned that in 2007, Ahona became first runner-up beauty in Binodon Bichitra Photo Beauty contest. From that time her modeling career began.Â Â Â Â