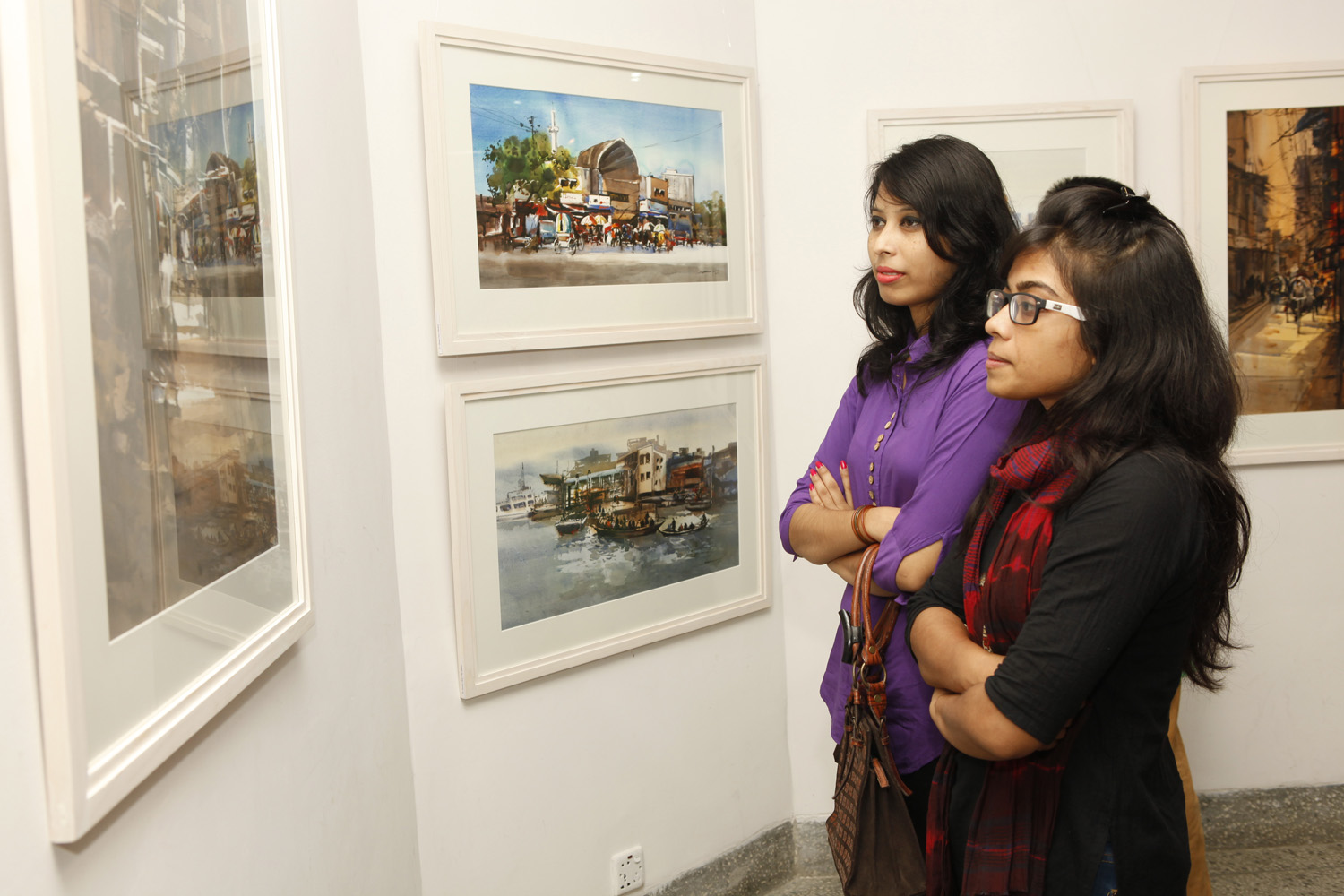 Art & Culture Report :
The second solo painting exhibition of artist Md Shahnoor Mamun titled Jol Chhobi is going on at the La Galerie of the Alliance FranÃ§aise de Dhaka (AFD) in
the cityâs Dhanmondi area now. Â
Eminent artist Samarjit Roy Chowdhury, eminent sculptor Hamiduzzaman Khan, watercolorist Alakesh Ghosh, popular writer Anisul Haque, among others, were
present at the inauguration.
Outgoing Director of AFD Olivier Litvine, welcomed the guests and also presided
over the opening ceremony.
Shahanoor Mamun has so far participated in 31 group exhibitions and received several awards. Maintaining the transparency of watercolour, he has skilfully depicted the nature and different seasons of Bangladesh with his unique style. His favourite river Brahmaputra has earned his canvas and got a singular focus. Not to mention, it has depicted the stories of working class people along with the poetic beauty of the river.
The work entitled with âOld Dhakaâ depicts a number of living issues such as; struggles and bustles of hard working people living on the narrow streets of old city, Babu Bazar Bridge, Dhakaâs Islampur, an all-time
witness-Boro Katara, old and shabby buildings, movements of three wheeled
vehicles commonly known as rickshaws and traditional carts of horse and so on.
As the artist adores monsoon, the love for rain holds the larger part in Jol Chhobi.
He depicts the running boats loaded with passengers on Brahmaputra, traffic of boats and people headed with umbrella in the bank of rivers as if it's a story of a river.
The work entitled with âCity Rainâ
showcases the wet roads of the city during rain, busy movements of rickshaws, working people headed with umbrellas and gathering of rickshaw pullers while veiling
themselves from rain. The exhibition will continue till August 26. nÂ