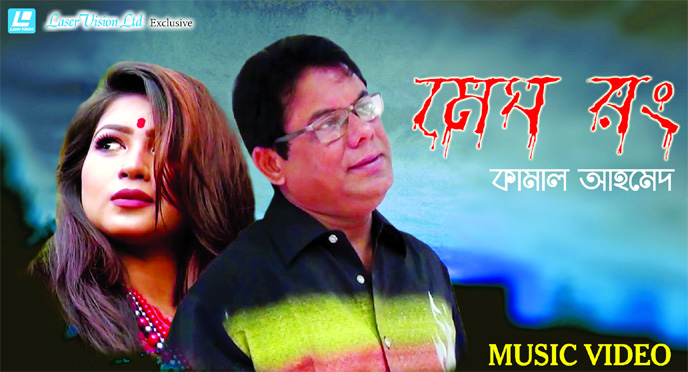 Entertainment Report :
Megh Rong, a music video of Borsha Biroho by singer Kamal Ahmed is scheduled to be released by Laser Vision on June 15 on its Youtube channel. The album will be released by uploading the music video on the YouTube channel of Laser Vision at 8:00pm. Lyricist of Megh Rong is Mohammad Abul Kalam Azad, music and video is directed by Zamiur Rahman Lemon. Tonu Anam performed as a model in the music video.
Bhulite Parina Takey has been released by Laser Vision in last Valentineâs Day and this year Laser Vision also published Bhalobeshe Sokhi Nibhritey Jotoney on the birth anniversary of Rabindranath Tagore.
It is mentioned that earlier Kamal Ahamed released his 16 albums.Â Â