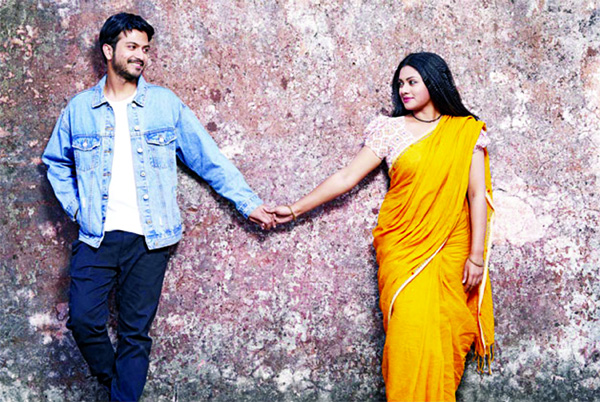 Entertainment Report :
Director Arun Chowdhuryâs latest directorial big screen venture titled Mayaboti has received an uncut censor certificate from the Bangladesh Film Censor Board recently.
Featured in the filmâs lead roles, popular actress Nusrat Imrose Tisha and promising actor Yash Rohan have paired up for the first time.
While playing a unique character in Mayaboti, Tisha has played a title role in any movie for the first time.
After receiving the clearance from the Censor Board, Arun Chowdhury said, âHonourable members of the Censor Board were fascinated by watching our movie Mayaboti. I express my heartfelt thanks to members of the Censor Board as well as to all cast and crew of the movie. Those who are waiting to watch the movie, they would be able to enjoy it soon.â
Besides Tisha and Rohan, Raisul Islam Asad, Mamunur Rashid, Dilara Zaman, Fazlur Rahman Babu, Afroza Banu, Wahida Mallik Jolly, Aruna Biswas and singer Agun, among others also acted in other roles in the movie.
It is noted that director Arun Chowduryâs directorial debut movie Altabanu was released last year.