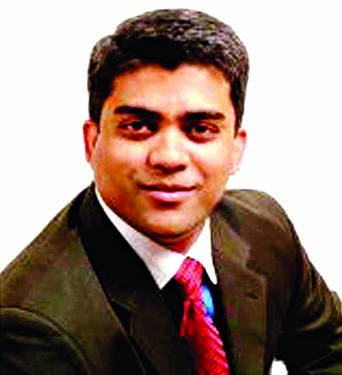 An Egyptian landlord has been jailed for 10 years for the murder of a Bangladeshi man in New York about two and a half years ago.
Justice James McCarty of Bronx County Supreme Court delivered the verdict on Thursday along with a five-year surveillance term against Taha Mehran, 51, for killing Zakir Khan, 44, over a rent dispute in 2017.
"Khan was fatally stabbed in front of his 11-year-old son at his home in Logan Avenue's Throgs Neck around 6:30 pm local time. Taha was incensed by the fact that Khan had not paid nine months' worth of rent," said Bronx District Attorney Darcel D Clark, citing the verdict.
"The two had been living in the same house but the landlord was aggrieved by Khan who used a travel around in a luxurious car. He sought the help of Khan's community and the nearest police station, 45th Precinct, to recover the arrears. But all his efforts went in vain and so he decided to take the law into his own hands. Taha also admitted his guilt to the nearest police station after committing the crimes. HE also acknowledged his guilt in the court on May 31."
According to the case dossier, Khan was rushed to the Jacobi Medical Centre with 29 stab wounds before being pronounced dead.
Khan, who hailed from Sylhet, was a real estate broker. He is survived by wife, a daughter and two sons.
Those close to him said, Khan actively participated in community events and provided financial support to those in need. Therefore,the allegation that he had not paid his rent for nine months came as a surprise to many.
His family became homeless after his burial but were later provided shelter by the city council for a minimal rent. But the judgment has not been received well by the expatriate community who demanded the accused be jailed for life.