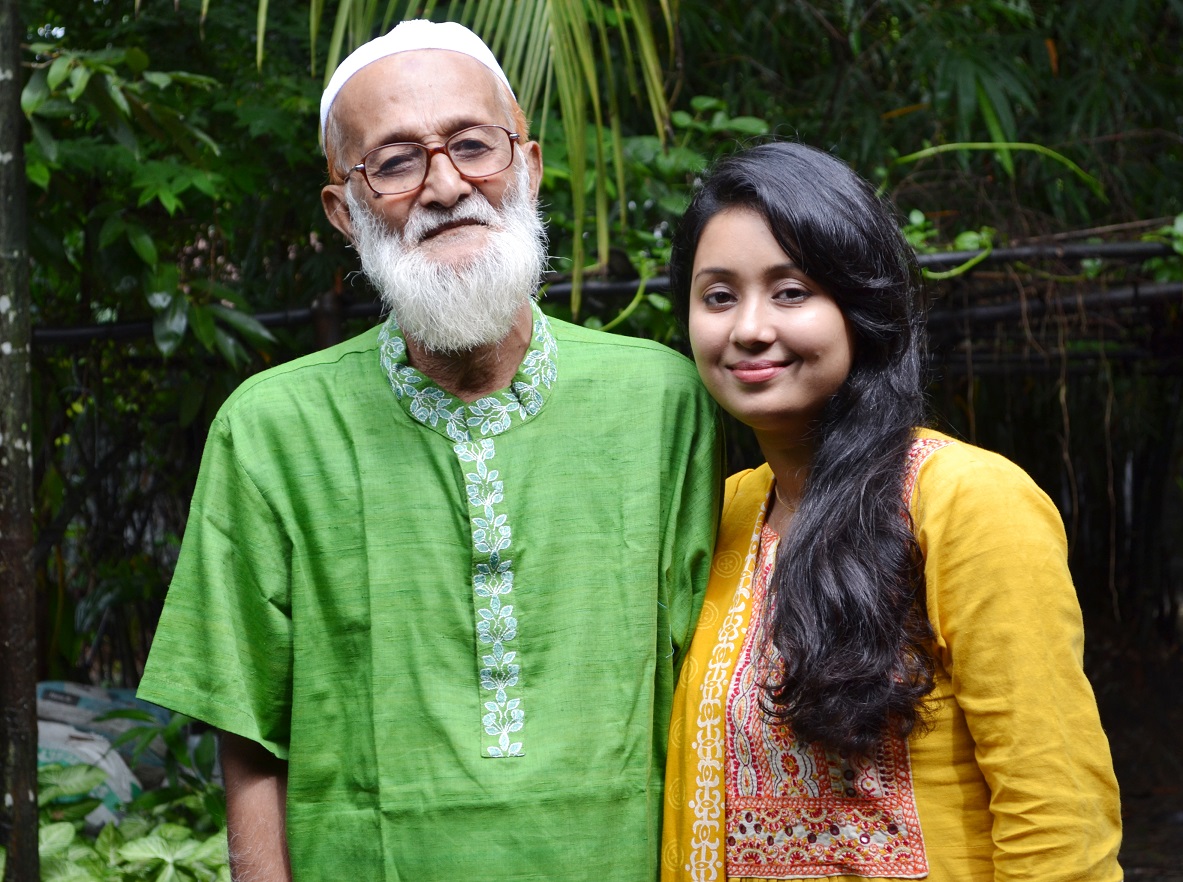 Living legend singer of Hason Rajaâs songs Md Abdul Latif has been suffering from illness for last few years. This 80-year old singer is now staying at his residence at Arpinnagar in Sunamganj and he is still trying to render songs of Hason Raja.
It may be mentioned that singer Abdul Latif received Hason Ratno title from Hason Raja Foundation at Hason Utsab held at the National Museum in 2009. He was also received Hason Raja Gold Medal in the same programme.
The relationship between popular actress Farhana Mili and Abdul Latif is granddaughter-grandfather.
Few years ago, their relationship was being developed when Mili was working in Shahidul Alam Sachchuâs telefilm titled Bhetor-er Manush. After shooting of the telefilm, Abdul Latif as usual went to Hasonnagar in Sunamganj. Due to necessity of the survival of her life Farhana Mili had to stay in Dhaka later.
On August 16, Mili went to Sunamganj to meet his grandfather Abdul Latif. Latif became happy to see his granddaughter. Mili stayed at his residence for two hours and talked with him in various issues.
While sharing his feelings Abdul Latif said, âI always see Mili as like my granddaughter. I have respect, love and affection to her. I believe one day she will become a top class actress.â
Mili shared her feelings by this way, âOnly for my mental attraction I went to Sunamganj to meet my grandfather. Now I am feeling happy to see him. I am praying Allah to alive him for many days.âÂ Â