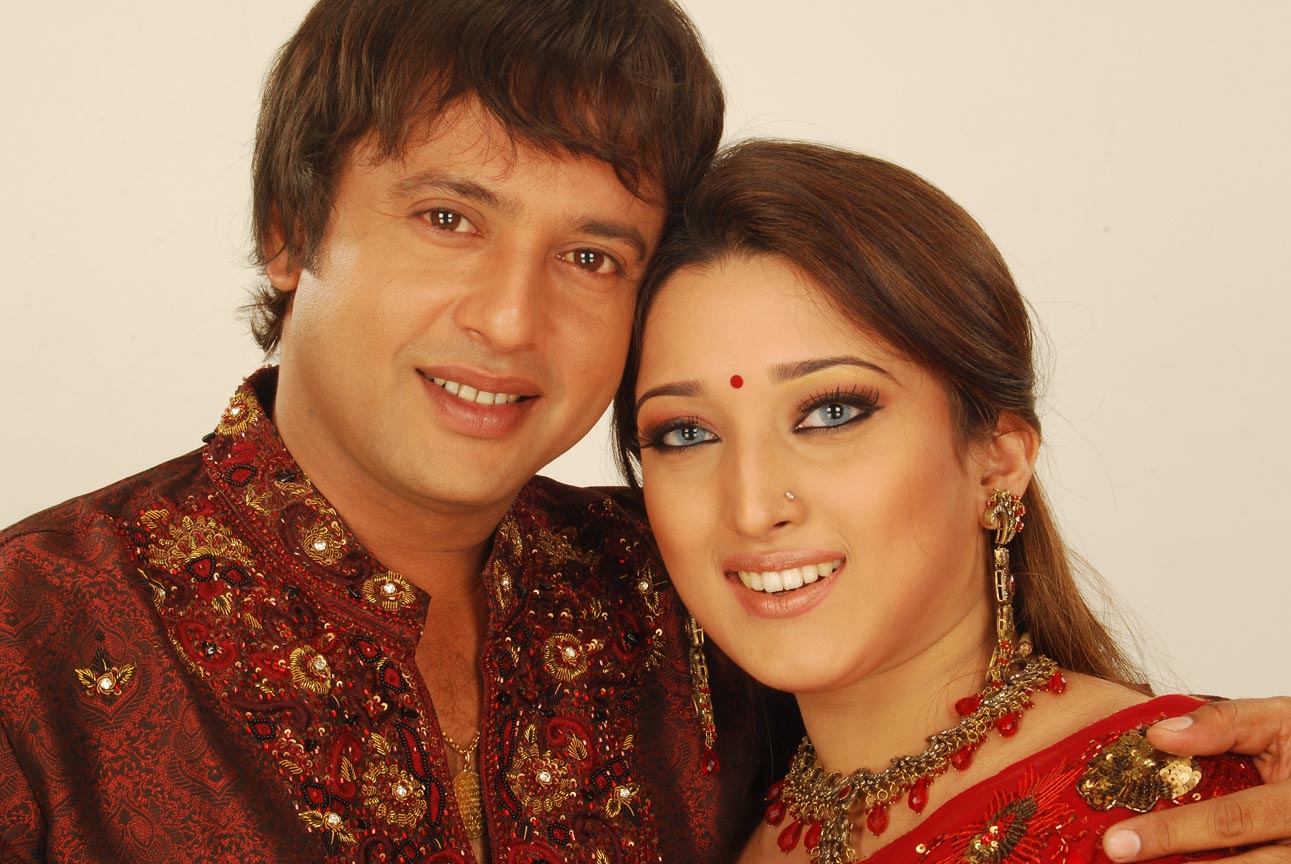 After getting married with popular film actor Riaz dance artiste and model Tina didnât get the opportunity to act in media. Before marriage, she became popular to perform as a model in several television commercials (TVCs).
Tina started her career in media as a model in a TVC of Polar Ice-cream. She last worked as a model in January of 2008 in a TVC of Amin Jewellers. From that time till now she is absent from media.
This time she acted against her husband Riaz in a TV play titled Sugar Free Chocolate Cake under the direction of Sahid-un-Nabi and the script written by Naimul Karim. Tina acted in role of Riazâs wife in the play as like her real life. Shooting of the play was wrapped up recently.
While sharing her feelings to act in the play Tina told this correspondent, âI was feared before taking part in the shooting. But the environment looked friendly because my co-actor was Riaz. Later I have enjoyed lot of acting in the play. Basically I agreed to act in the play only to keep my husbandâs request.â
Little star Ahona acted in role of daughter of Riaz-Tina in the play. While talking about the play Riaz said, âNow I am regularly acting in TV plays. But to work in the play Sugar Free Chocolate Cake, I have tried my level best to give something to the viewers by my acting. I hope viewers will enjoy the play.â
Produced by Versatile Media the play Sugar Free Chocolate Cake will go on air in any satellite channel in Eid-ul-Azha.
In last Eid, Riazâs several plays were telecast in different satellite channels. Riaz is going to act in new movie soon, he said.Â