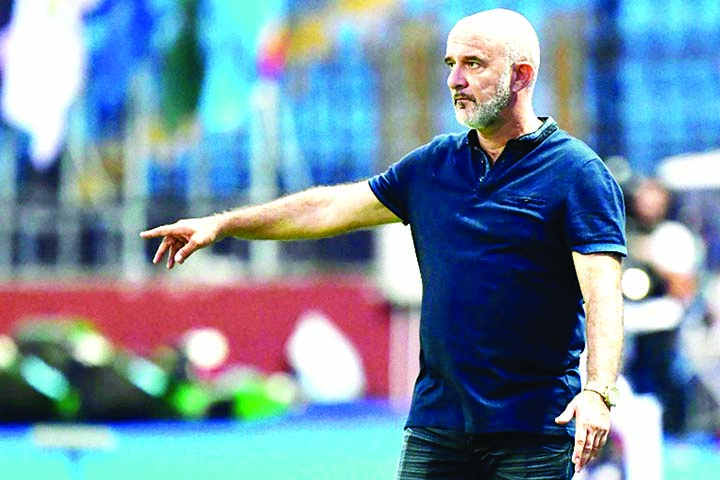 Madagascar coach Nicolas Dupuis wants the Indian Ocean islanders to "keep dreaming together" as the surprise team of this Africa Cup of Nations face Tunisia on Thursday for a spot in the semi-finals.
Competition debutants Madagascar, who were ranked so low they had to come through a preliminary round just to take part in qualifying, are looking to become the first debutants to reach the last four since South Africa captured the title on home soil in 1996.
Nicknamed 'Barea', after a breed of local cattle, Madagascar beat three-time winners Nigeria to finish top of their group in Egypt and then overcame DR Congo on penalties in the last 16 to extend their remarkable adventure.
"I simply want to continue dreaming together. Since the start, two and a half years ago, we said we're going to qualify for the AFCON. We want to have a common goal that's reasonable," Dupuis told reporters on Wednesday.
"I think the with talent of the players, to give them a reasonable goal such as to qualify and then to keep going, if everyone is on the same page then it can be done.
"If the goal is unrealistic, such as winning the World Cup, I would lose the energy and the minds of the players.
"But qualifying and getting out of the group were achievable. Now we're going to reach beyond what is feasible. There's still a bit that is achievable but it's going to be very difficult."
At 108 in the world rankings, Madagascar will come up against a Tunisia team ranked 83 places above them, as the second-highest country in Africa behind title favourites Senegal.
"We're going into this match clearly as outsiders against a team that played in the World Cup and is ranked 25th by FIFA. We're proud to be able to play such a team. We'll be without any pressure and just want to be up to scratch," said Dupuis.
"We're aware of the happiness and joy we give to the 25 million Madagascans. When we go home it will be crazy, but we're not in a hurry to go home. We want to stay as long as possible."