Adrisshyo Shatru to be released Aug 22 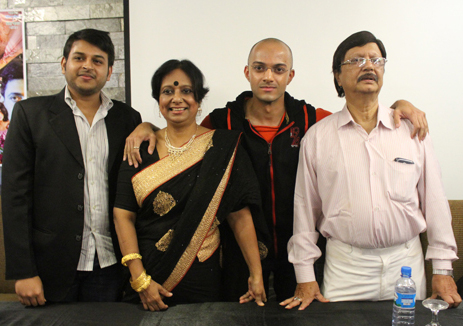 Masud Parvez Sohel Rana is a legendary actor in the countryâs film industry. He has received dashing hero title by his outstanding performance in last four decades. Countryâs film industry didnât get not only popular movies from him but also received director like Shahidul Islam Khokon and hero like Rubel. This time his son Mashrur Parvez is going to debut his career in the industry. His first movie Adrisshyo Shatru is set to be released on August 22. The movie was jointly directed by Aqib Parvez and Mashrur Parvez. It is 30th movie of Parvez Films.
To announce the matter, Mashrur Parvez Zibran met the journalists along with his father at a city restaurant on Monday night. In the film industry, he is going to be appeared on the screen in the name of Yul Raihan.
In the movie, Yul Raihan acted in role of a police officer, while Sohel Rana acted in role of a retired police officer. Therefore, Suchorita, Jabed, Ahmed Sharif, Zayed Khan and newcomer Priya Aman also acted in other roles.Â Â